Steven Butala:                   I also have to say that when we’re recording this right now on a Thursday, we are about to go into our live event, our annual live event. This is maybe like the worst scheduling on my part if there ever was.

Erin Spence:                       No, it’s not you. Our numbers are great. Our prospective numbers are awesome, but right now we’ve had just so many people trying to use our staff instead of actually learning the program. It’s been a big problem lately actually for like the last week or two.

Erin Spence:                       Yeah. Well, so the one side of it is prospective members and I totally understand, our staff is very knowledgeable and accommodating and we’ll answer all the questions we can. But I had a discovery call with this guy, and he basically on the phone was asking me to tell him how to pick a county. He had gone through someone else’s program, and it didn’t work for him. And I kind of tried to tell him, I’m not trying to withhold information, but I can’t in this 10 minute phone call, teach you how to pick a county. It’s a lot more than that.

Erin Spence:                       And he kind of expected that. And then the next day he called back and tried to get one of our staff members to teach him how to use real [crosstalk 00:01:58]. And he was very nice and understood, but he just like assumed he could just not go through a program and that it’s all simple, and one of us can explain it and half an hour. That’s not how it is.

Erin Spence:                       Yeah. And then the flip side is members, and it’s the same thing. We’ll have members who check out and will either tell us I went through the program once or they didn’t even go through the program and maybe watched a couple parts of it and they were like, Oh well we have this whole staff now we’re a member, why can’t you just teach me how to do it? And our stuff is super accommodating. But we don’t have time to talk to everyone. And I think there is a part of like our staff is really friendly and so sometimes we have people who just want to call in and talk to them, which is very sweet. But we have a small staff and we don’t have time for that.

Erin Spence:                       It’s especially bothersome when I hear these calls and I know it’s something that’s covered in the first chapter of the program and it’s hard for our staff to be like just go watch the program. But that really is kind of what needs to happen.

Erin Spence:                       This many people, it’s new. It has definitely happened for as long as we’ve had Land Academy, but it’s been a huge influx. I don’t know, maybe it’s just … We had a big group of people check out lately. It could be something related to that. And we’ve had a lot more outreach going on and things like that.

Erin Spence:                       Well, and that’s something too is you’ve created so many different ways to get help. There’s Land Investors, which is incredible. And then also the weekly webinars. And I think maybe some people are embarrassed to go on or embarrassed to ask, but I learn things every single week on the Thursday webinar. There’s so much information, there’s never a dumb question. Sometimes people will basically ask our staff to do a deal review and for a lot of reasons our staff can’t do a deal review. But you know who can. And he’s there every single Thursday, except for today.

Steven Butala:                   What’s hard and very time consuming is doing a program. That takes months of organizational time and a lot of different ticks and then there’s post editing and everything. But to do … I can solve this.

Steven Butala:                   Because getting Jill to commit to scheduling these days is just like pulling teeth, you know that.

Erin Spence:                       Appropriate is login issues. That’s actually the big one. That’s like login issues you’re having computer problems that are related to our sites, things like that. Anything that … Or things that aren’t appropriate are deal reviews, asking for advice on properties and things like that. Pulling up specific properties and ParcelFact. My staff isn’t there to sit there and try to pull up the same properties you’ve already pulled up. And a lot of times we, on ParcelFact tell you how, if you’re having problems with pulling up properties, how to solve that and we follow the exact same steps that are listed there. So if you follow the same steps, you’ll get the same answer we will. That one’s been coming up a lot too. People just calling and asking about how to type in a number into ParcelFact.

Erin Spence:                       Yeah. Yeah. Or you have to add a couple zeros or something or take off the zeros and we have very specific instructions for that. I think people just want the help and I get it. Our staff is awesome. Amy and Aaron are incredible, but they don’t have the time to sit there and do things like that.

Erin Spence:                       One thing I’ve seen that’s really cool in the last week or two, our members are going into counties I’ve never even heard of before. Counties that aren’t necessarily covered. They have to go back to the old school ways with the county and everything and having a lot of success. We have one new member who is working with a county that’s not easy to pull up and he’s already done, it’s actually the person who sent out mail six days after signing up. He is in an interesting county that’s not easy to pull up. And he had a little bit of trouble kind of figuring it out at first and finding properties and now he’s doing deals. He was on the phone with Omar earlier. Sonny had another mailer.

Steven Butala:                   That’s great. Yeah, I’ve gotten … It’s interesting you’re having these customer service change because I have never had so many members reach out to me personally and either thank us or have questions or all of it. There’s some shift.

Steven Butala:                   Because I was going just going to ask you that exact question. My gut tells me that super high maintenance people in the beginning aren’t going to make it anyway, but that’s just, that’s not the case?

Erin Spence:                       It kind of depends. You can usually tell. I mean, if they … You can tell what the question. If they’re high maintenance with good questions and maybe just aren’t reading through things clearly or thoroughly, then I think they’ll make it. You can definitely tell when some people start right off the bat and just don’t get it at all.

Steven Butala:                   This next time for another interesting episode and we answer your questions posted on our online community, landinvestors.com. It’s free. You are not alone in your real estate ambition. I have to ask this, are you really noticing this because you’re in town right now? Because I know you telecommute most of the time.

Erin Spence:                       Yeah, I think that that’s a little bit of it. But actually Jill was in the office and heard some things where she was just like, we maybe need more coaching of our staff just because these aren’t questions they should have to answer. I do think that there’s probably a degree of that though. I’m definitely paying more attention now.

Steven Butala:                   Okay. Well, either way we’ll adjust to the changes like we always do. We’ll make it, we’ll provide another product. That’s our MO. I’m Steven Butala, information and inspiration to buy undervalued property. 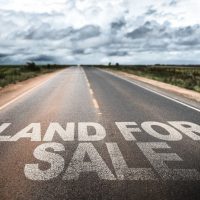 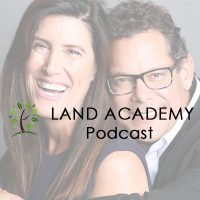 Your Land Business Should Be Booming Right Now (LA 1244)