Hopefully, you’re doing bigger deals and escrow will take care of the nuts and bolts of this, but for those of you who are buying US property from people who need to sign outside the US, there’s a notarial act for that — namely, the Apostille.

In 1961, a bunch of nations convened a meeting at The Hague, Netherlands, and ratified an agreement “Abolishing the Requirement of Legalization for Foreign Public Documents” This streamlined the workflow for document authentication when the documents are prepared in one country, signed and acknowledged in another country, and recorded or enforced in the original country. That’s exactly what would happen if any of us needed to get a deed signed in a different country.

I had this situation arise when a guy wanted to sell me 34 acres of prime Virginia wine country that had a slight title issue. He bought it in the 1960’s with his wife as joint tenants by the entirety; they had a daughter; the wife divorced the husband and signed a quitclaim which was never recorded and subsequently lost; the wife remarried and moved to Germany with her new husband; she died; the second husband/widower is still alive and would have claim to half of the daughter’s share. Thus, I need to get a quitclaim deed from the German guy.

The easiest thing to do would be to go to a US Consulate/Embassy and have the documents notarized by a US notary, and send it back to the states. However, it just so happened that he was in poor health and wouldn’t be able to make it to the nearest US soil. Thus, a German traveling notary would need to acknowledge the document and then that document would need an Apostille — an internationally recognized acknowledgement of the validity of the credentials of the German notary, made possible by the 1961 convention at The Hague.

Here’s a list of the 117 countries that are party to the deal, giving you confidence about buying from or getting quitclaims from anyone in any of those countries. The US joined the resolution in 1980/81. One thing to note is that if you Google “apostille,” you’re likely to find services who will do your apostille for you, but that’s probably going to be for outgoing documents. For importing a document in my example above, I would need to contact a German counterpart to what you’d find on that Google search — they’d send out a notary they’ve verified, acknowledge the signature, and send you the document and the apostille, which would be recorded along with the deed at the county.

Even if you have your escrow officer handle all the details, I have noticed that when you’re able to walk the escrow officer through the complications and solutions of a deal upfront, it will become a bit more of a collaboration and they’ll have a certain amount of respect for you that doesn’t come by default. Calling to ask “How is the apostille issue shaping up?” is much more specific and addressable than their dreaded call of, “Hi, how’s the deal going?”

How to Break into the Real Estate Business Overnight: 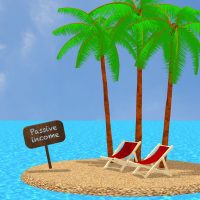 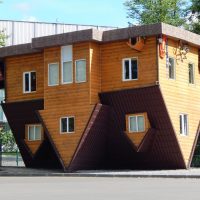 Flipping Land vs. Flipping Houses: A Pros and Cons Approach 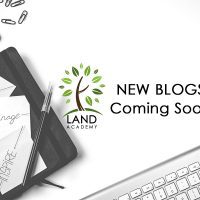 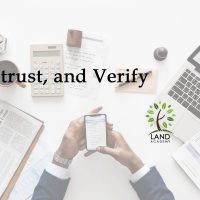