By Luke Smith For Land Academy

In the late 1890’s an Italian economists named Vilfredo Pareto was keeping tabs on his garden. He wrote down all kinds of statistics. He noticed that about 80 of the pea pods. He went on researching to discover that about 80 of the people. He checked other countries and found the same distribution not only in land holdings but in all walks of life.

In university I had a retired Swiss banker as a professor and he had me write a report on Pareto. His ideas stuck with me. In my first real job my boss Rick Rule pounded this idea in. He took it backwards too and declared the worst 20 of my clients took 80 paid 80% of the commissions. It just took me a couple years to see it in the land business.

Steve Butala and Jill Dewit gave me 10 acres of land in Elko County Nevada as a promotion to buy their Cash Flow For Land Program. I listed that land on ebay for $1 and it sold for $3,383.33. The YouTube video I made about that land is the oldest land video on my little YouTube channel RuralVacantLand.com. Published October 19, 2015. Currently only has 245 views, one of them bought the land. I am forever grateful to Steve and Jill for that land and their education. It was so easy I forgot to apply the Pareto principle to my new business.

After that sale I figured why not scale it up? I started mailing everyone that owned rural vacant land in the southwest. County by county was too slow so I went region by region or state by state. The deals came pouring in. Steve did that for about 15 years before moving up to bigger deals. We should learn from him and hopefully you can learn from me to.

Since I sold that 10 acres in Elko County Nevada I have bought a bunch more of them and sold them too. All sold profitably. Anybody can do that if you buy at the right price and put in the time. The opportunity cost of trading Elko County 10 acre properties now knowing and seeing what else is out there makes me want to stick my head under my desk and cry. I used to do the happy dance after selling one of them. In reality I was robbing myself of immense opportunity cost.

Went to the first two Land Academy live events. In Fall of 2018 three years after signing up to Land Academy and over 1500 properties sold at that time. The guys were talking about making bigger numbers per deal than I made doing many deals. They were doing less work for more money. They were sending out less mail. They were taking less calls. They were paying less in advertising and labor to run their shows.

I have seen it, I have experienced it, and I want more of it. I know $50,000 is a joke in the bigger Pareto principle so I will look for better spreads.

My current mailing program goal is to fill up my operating account to just over one million dollars and keep it there so I have some room for error in finding the top 20 of the top 20% of deals.

As Steve Butala would say make a plan and write it down. Then implement it.

Here is my plan:

Scrub data in the areas that have the market to ask for $50,000 or more in profits, delete the rest.

Use partners money to pay for the mail and answer the phone, split the profits about half with them.

Use partners money to pay for the deals split the profits about half with them too.

I end up with about 25% of the take of each deal in this kind of setup but I don’t take the calls or put up my money.

One million $ only takes 20 deals of this caliber. Using partners money to mail and to finance the purchases it takes me 80 deals.

If my numbers hold out my operating account should be full soon. My partners should be doing the happy dance and best of all I should get a glimpse of not just the top 20% but the top 20. Then I should up my game again to target more of the best of the best of what comes out of this current mailer campaign. There is no end to it.

Please don’t copy Steve and do the little deals for 15 years. Don’t copy me and do the little deals for three years. Listen to Steve’s stories about what he is asking for out of his current deals. Learn on a couple little ones that aren’t really going to hurt you then think about Pareto and how many peas grow in how many pods and how you can apply that to what you do next.

How to Break into the Real Estate Business Overnight: 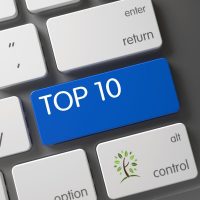 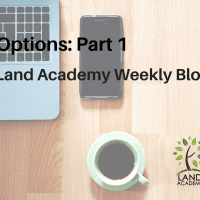 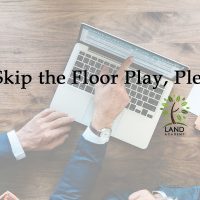