Jack Butala:                         Welcome to the show today, in this episode Jill and I talk about land investing. Is it passive income, or not? Let’s get to the bottom of that today. Before we get into to it, let’s take a question posted by one of our members on the www.landinvestors.com online community. It’s free.

Jack Butala:                         It’s called the case to bottle method, you know? If you buy a case of beer and it’s, for sake of argument, it’s $24. $24 in a case and you sell them for $3 a beer you’re tripling your money and that’s the same idea here. You need to talk to an expert about this, because you don’t want to make a mistake. The real money and if this is in an unincorporated area, which I bet it is in this county, Texas state law governs that you can subdivide it. You might have to jump through some county hoops, but I’m telling ya, people retire on one deal like this.

If you buy it for $300 and acre and sell it for $5000 and acre when you’ve got it all split down and there’s roads to every property and stuff, that’s millions and millions and millions of dollars. You could spend the next ten years of your life doing this deal and getting incredibly rewarded and that’s one of the reasons Jill and I chose this question. We get a ton of questions and this is a really good one.

Jill DeWit:                            What I was reading earlier, it was funny because this topic came up and then I said, “You know what I was just watching something that Grant Cardone was doing on Facebook and he was talking about three different types of income and what he said, ‘There’s earned, like W-2, portfolio, and then passive.'” and I’m like, “Oh, here comes this passive income term again.” I’m actually getting sick of it.

Here’s what I think passive income would be. Buy a property, pave it, make it into a parking lot, find a parking lot operator, and do a triple net lease where the operator gives you a certain amount of money every month and then whatever he makes on top of that he keeps for himself. Hopefully it’s more than you and he stays there forever. That’s my definition of passive income and I think that the IRS would agree.

Jack Butala:                         I mean it could be, accounts have different … If it’s in a limited partnership, then it probably is. It might be, but I really would argue this is actual income. This is your day to day, I do this for a living, ordinary income. Accounts all over are turning off the radio.

Jill DeWit:                            Okay, Jack. I have a question for you. This is inspirational. You know, I feel like people just want to walk around and say they have passive income when they’re not really sure what it is and they’re trying to achieve it. Why is this such a big hot topic right now? Do you have any idea? I’m a little curious.

Jack Butala:                         That is scalable. What else is scalable? Software. Windows 10 was written once at an expense of X and how many copies do they sell a day of that thing? So, software is passive income. Software as a service is a fantastic business model where you just put up a website that people pay a subscription for or whatever, Jill and I have tons of those. Education in general is basically scalable income, so let’s think about an online school of any kind, like a high school. You have a teacher teaching it and it’s all self-taught. There’s no bricks and mortar school. Thirty people might be in the class, three million people might be in the class it’s very scalable.

Jack Butala:                         That’s right. I mean you might have to hire a couple more teachers or teaching assistants, if you get tons of people in any given class, to give them the attention they need and to keep your accreditation stuff. So, passive income’s not the buzzword, scalability is and if you ever watch Shark Tank that’s all those guys talk about.

Jack Butala:                         A plumber, a doctor, and lawyer all get paid the same. They get paid for what I call fee for service and there’s a cap on how much money they can make. A lawyer can only bill, technically, eight to ten to twelve hours. However many hours they work in a day, and it’s at capacity. A restaurant can only make, if it doesn’t have a drive-thru, the number of seats in that turnover. You can calculate it. You don’t want to get into businesses like that, ever.

Jack Butala:                         Yeah, where there’s just a natural cap on it, that’s right. A doctor can only do so many surgeries or see so many patients a day. So, those type of businesses are tough and a plumber is the same thing. Can you, as a plumber, hire a bunch of plumbers under you and manage them? Yeah, but that’s not scalable, that’s repeatable. That’s what McDonald’s is, repeatable. It’s not scaling, they don’t scale anything, McDonald’s the restaurant. True scalability is fantastic.

What about QVC? You manufacture a mop, you go on TV, and you sell 3000 of them. Is that scalable.

Jack Butala:                         I love buying and selling companies and starting new companies in software and publishing it just, you know? I don’t want to sound altruistic, but not only are we doing it for the money I mean every week, you see the emails. 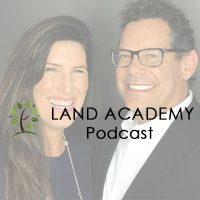