Jack Butala:                         Welcome to our show today. In this episode, Jill and I talk about choosing a real estate specialization. Seems kind of basic, but man, it’s important. Before we get into it, let’s take a question posted by one of our members on the landinvestors.com online community. It’s free.

Jill DeWit:                            Okay. Joshua asks, “In the education program, Jack recommends including agricultural land data in our search criteria. I had decided on a county to send my first mailer to, but I’ve noticed that the majority of the parcels listed had the land use description of Agricultural NEC. Would this be a red flag for targeting this county, or could I be looking at this differently. In theory, I thought having the major percentage of my list focused on residential or recreational would be best. Thanks for any insight.”

Jack Butala:                         NEC, as I understand it, and I don’t know the exact N-acronym, I’ll look it up during the show and try to find out exactly what it stands for, but what it generally means is not categorized. Not is the N, and C is categorized, I think, and I’ll make absolutely sure. I just found it, No Existing Category, so it means that the assessor thinks it’s agricultural, but it’s NEC, or they think it’s industrial, but it’s NEC. That’s your assessor at work, by the way. That’s your taxes.

Jack Butala:                         To directly answer your question again, the only reason I would remove agriculture is if you’re working on a very farming intensive county. Farmland is a commodity that’s usually priced per acre. If you walk into a bar or a coffee shop somewhere in Kansas and you say, “Hey, what’s the price of an acre go for these days,” everybody will jump right up and say, and they’ll be pretty close about it, but their answer’s going to be very consistent, “Oh, it goes for about $8,000 an acre or $3,000 an acre or $3,250.” If you’re working those areas, you want to price your mailer the way that we price houses. You want to come in under that number. Decide what it is and come in 60-70% under that number.

Jack Butala:                         That’s why we’re here, by the way. That person, whoever is doing that development, they’re creating equity. That’s the takeaway from this question, but whatever you do, you want to create equity. You don’t want to just make property move around, if you know what I mean.

Jack Butala:                         If you have a question or you want to be on the show, reach out to either one of us on landinvestors.com. Today’s topic, choosing a real estate specialization. This is the meat of the show. What are your thoughts, Jill?

I have a lot of people that come to us, and they’re wide eyed. They’re like, “I don’t know where to start.” One thing that I suggest is, well, is there something that you already know something about? Do you have the inside track to something? We have many people in our group that come to us from some real estate niche or something they’ve known about, or maybe they’ve even worked for a county.

Jill DeWit:                            Thank you. Yeah, we have a lot of people that already have a lot of information at their fingertips that not everyone does, and they have experience in these areas that they didn’t even realize it would be useful now. There’s people in our group that have worked at the counties and dealt with subdividing property, and they don’t even realize, oh my goodness, I have all this knowledge at my fingertips now. I know how to do this better than anybody and faster and who to call to get this done for myself. Ta-da, that’s probably what I should do, and bingo, the answer is yes. That’s one way to really think about and choose a specialization.

Another way is start easy. I tell people, “Let’s just start with the basics. Let’s start with just flipping some land. Let’s start with rural vacant, vacation or residential or something property and be really open and let your specialization find you,” because that happens. We have some gentlemen in our group that their specialization became they were the only ones that could figure out how to do certain deeds in certain situations where people passed on. They became the experts in X, Y, Z county of how to do these transactions.

Jill DeWit:                            Right. They picked up on all these properties that no one else would touch, valuable properties, because no one could figure it out, and everybody would just move on. It wasn’t even their property specialization, it was more of a transaction specialization, and it just came to them. They were happily off and running, and that’s their thing. Those are my two ways that I suggest. What else do you have, Jack?

Jack Butala:                         Well, let’s look at us. I’m in this specialization now because I was just sick and tired and half dead doing large commercial real estate deals that are rooted in healthcare. I had to get approval from the federal government, the state government. It took a year. It took a year to do a deal. The payout was pretty good. It was a six-digit payout, but that’s just not for me. I’d rather just turn and burn and turn and burn properties and do it in a way that is a data-driven way.

We’re all about data here. All the companies that Jill and I have and all the group of people that we have have one thing in common, we all love data and we all love manipulating data. Every once in a while, there’s people that come to our group who don’t start with data. They start with, I don’t know, maybe they’re interior decorators or something. That’s not what this is about. I don’t care about any of that at all. In fact, the only one who’s close to that maybe is Jill, and thank God, by the way.

Jack Butala:                         So would I, so would I. We are about hardcore data manipulation, getting offers in the mail and buying undervalued property/real estate of all types and then wholesaling out to somebody who already said, “Yeah, if you can find a property for $110 a square foot in that zip code, I will buy as many as you can get.” That’s what we’re all about here. That’s our specialization. Quite frankly, it’s like we’re printing money.

Jack Butala:                         I want some version. That’s the end result that I would like, although I’ll leave the talking on the phone part to Jill. I want to really take a week and manipulate data, beautifully selected data, and sit in a dark room in front of the computer and make sure that the data’s perfect, the letters go out and then predict.

Here’s what it is for me, I want to remove all the risk so that if I know when someone calls us back on 4-5,000 letters that we send out, if 10 or 15 people call us back and two or three properties get purchased or more, usually it’s more for us at this point because we do spend so much time sending out perfect offer campaigns, that we’re going to make some money. That’s what this is about. That’s what motivates me.

Here’s what else I’m not going to do under any circumstance, represent somebody else in their real estate deal, and that’s exactly what a real estate agent does. That’s what they do for a living. That’s the definition of what they do. They represent a buyer or they represent a seller and in buying and selling a house or an office building. You want to talk about a mess.

You know what my answer is? Then it shouldn’t have gotten done. If the buyer and seller are all angry with each other about anything or if their water heater’s the problem or there’s some, then that’s not the right deal for them. There’s no way to justify. If I sound angry about this, it’s because I am.

Jack Butala:                         Well, I was grossly, ridiculously successful from transaction one. Then it just became one thing after another in a positive way where I was buying property on the internet. This is the first inning of the ballgame back then about buying and selling real estate on the internet. The light bulb went off over my head multiple times until we landed on doing mailers, which we’ve done now for decades.

The ease of a transaction, the fact that you can buy a piece of real estate on the internet the same way that you can buy a vacuum cleaner, just there’s like 19 things that just sing to me and all through the years have sung to me, but the most important of which is the availability of data and then manipulating it, which is just that was icing on the cake for me. That’s when we really started doing thousands and thousands of deals. Finding a buyer, finding a seller, all that stuff’s really easy.

Jill DeWit:                            Exactly. That stuff’s not a big deal. It’s really, you’re right, having the data and knowing what to do with. Your whole concept, I know you’re right, I want to back up and just give a little background real quick here for people who don’t know. Jack perfected his way of buying nursing homes by sending out faxes back then, thousands of faxes to, was it, brokers and realtors?

Jack Butala:                         It was actually the fax number to the facility, and it was a closed market so there are, I don’t know, 12-15,000 licensed nursing homes in the country, not assisted living buildings, these are nursing homes, post-acute care. They’re called different stuff throughout the country. It was a finite database, and I literally input, this is way back in the day, created a database, and then they got a fax from me every month or so.

Jack Butala:                         Bunch of stuff happened in between. Some of it’s great, some of it’s not, but in the end what it became, Jill, and thank you for clarifying all that, is there’s a finite database of 150 million properties in this country. While it sounds like a daunting task, it’s not. 15,000 nursing homes to 150 million pieces of property, 150 million APNs, Assessor Parcel Numbers, it’s not that many. A lot of them fall right off. A tremendous number fall right out based on certain criteria, and they should all get letters, and they all will eventually over and over. 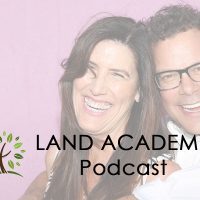