Before we get into this, let’s take a question posted by one of our members on a landinvestors.com online community, it’s free.

Allen B. asks, “How is everyone managing their terms deals? Are you using platforms such as Loan Geek or Simple Money? Or are you manually keeping track of payments and sending monthly invoices? I have five properties I’m currently marketing as cash only deals …

Jill DeWitt:                          … But I’ve had a few buyers who want to do terms. So, I figure since the whole idea of this business is to cash flow from land, I’d better get a handle on how I’m going to manage terms deals. My mindset is, the more automated I can make the payments and statements the better …

Well so, I mean, Jill, you have historically managed our cash flow, our terms sales. What do you use? I’m pretty confident that we don’t use the most sophisticated methodology out there, which is why I think I would love to just hear your unedited, undiscussed answer, the truth of it. And then I’ll put my two cents in as how I think it should go.

There are other cooler, easier, simpler ways, like Loan Geek, I hear nothing but good things about Loan Geek and Simple Money. But in the end, if I were just starting out and I only have five properties, I would put it in a spreadsheet. Jill and I have created a tremendous number of helpful, I think, some of them are imperative tools to make real estate investing easier, and in the 21st century. Here’s a short list of them, ParcelFact, fact.com, so you can look up a property and get the GPS boundaries, that’s life changing. That was life changing even for us.

Jack Butala:                         Offers2owners.com, life changing when it comes to getting offer campaigns in the mail. There’s nothing cheaper, and there’s nothing more geared toward exactly what we do anywhere on the internet. And it comes with a ton of free help to get that first mailer because it’s a bottleneck. And there’s a bunch of other ones and I’m not gonna bore you.

I’ll tell you what’s not on our list, and probably never will be, a way to manage payments.

Jack Butala:                         If you have a question or you want to be on the show, reach out to either one of us on landinvestors.com. Today’s topic, every million dollars of acquisition price costs $5,000 in monthly payment. This is the meat of this depressing show.

This is the harsh reality of real estate investing the wrong way. Go ahead.

Jack Butala:                         By the way, what happens before these shows now these days, not so much in the beginning, is one of us writes the title. And then we go off in our separate corners and we kinda mentally think about, “What do I want to talk,” and she talks about she wants to talk about, and then we see how off we are.

Every million dollars costs you $5,000 in monthly payments. Okay, that’s a fact. We can all do a loan calculator and figure that out. So here are my two notes, number one, what is important to you? Is that home, that yacht, that location, that zip code, let’s think about this everyone, that school district, that neighborhood, is all of that … I mean what’s important to you? Number one. So you have to really think about that.

Number two, are you giving up anything? And that’s almost even bigger for me. It’s like, okay, let’s talk about this. Okay, I want to live in that four million dollar house. Okay, well that’s $20,000 a month in mortgage payments, alright, traditionally. So what could I do with $20,000 a month? Well, in five months, I could pay for my kid’s college education, number one.

So, I mean, are you giving anything up? I mean, now we’re … I know the next show that we’re gonna do, I’m gonna tell you about it right now, it’s house poor defined, so I’m touching a little bit on house poor. Do you really want to be … You know, you can’t go anywhere, yeah, you’re stuck with that car, “We can’t afford this, we can’t afford that, but, oh, look where we live.”

You know, you have to think about that stuff. What’s important to you, and what might you be giving up?

Jack Butala:                         So, the reason I wanted to do this show, this topic, is to really get familiar with how much it costs to finance real estate. In a shocking three zeros at the end of every number kinda way, I put it right in the title. For every million dollars of acquisition cost, it costs $5,000 a month in monthly payment. So if you buy an office building for a million bucks, but you got $25,000 worth in rent coming in every month, God bless you. The cost coverage there is really simple, it’s easy math right?

When you get into really large buildings and complex finance and hospitals and all that stuff, which is what I was involved in quite some time ago, it starts to make you nuts. The margins get thinner, “Oh, I have to do this deal because we’re publicly traded,” my point is this, we don’t have to deal with any of that, none of it. Jill and I, next month, are gonna release a dot com called land crowd fund. So if you got a property that you know you’ve done everything right, and you know it’s worth half, or 80%, or 20% of whatever you can actually sell it for next week, but you don’t have the cash to buy it, this site will solve that problem. It will match you with a pre qualified buyer, kind of like Shark Tank. Pre qualified buyer that’s happy with the piece or property, and they do want to give you the money to get the deal done.

So why the hell, if that’s the way … Because the Internet’s made this possible. Up till very recently, and let’s say five to eight years, you couldn’t do anything like that, it was just a pipe dream. You’d have to know or have a personal relationship with somebody like your uncle that would want to invest in it. So it’s getting easier and easier and easier to buy real estate of all prices using money on the Internet with like minded investors and partners, it’s a really good thing.

That same office building that we just referred to, that’s got … Imagine if it had no debt. You ever see these people, when there’s an economic downturn, and they just seem unaffected? You know why? Because they didn’t over leverage themselves, they just stay the course.

Jack Butala:                         The property’s worth, we’re still going through it, but I want to make … Before I get real excited about it, I’m gonna make sure it works. So what’ll end up happening is, I will … If it passes all my tests as an investor, are we gonna go to a bank with a deal like this, or are we gonna go through some costly, coocoo process of getting hard money lender, and fill out a bunch of forms, and they can look under my wife’s mattress to make sure that she’s not a liar. If I sound disgusted, it’s because I am.

Jack Butala:                         So what’ll end up happening with this Malibu property is if it passes all my tests, you better damn believe I’m gonna write an $89,000 check to buy it, and we’re gonna go down the path with the guy that brought it to us, because that’s the kind of people we are, and we’re gonna sell it. We’re either gonna help him sell it, or he’s gonna sell it himself for a lot more than that, let’s just say 200 grand. It’s probably worth 10 million, we don’t know yet.

The person that we sell it to is gonna make way more than that. And now … Remember the title of the show, every million dollars of acquisition costs $5,000 a month in payment? It costs nothing. There’s no debt on the property, all we did was we match a like-minded investor with a person who knows how to manipulate data and get it in the mail. It levels the playing field for new real estate investors in every way. That’s why I’m so excited about it.

Jill DeWitt:                          You know, and my last thing I want to cover is, the whole point for me is trying to teach people the right way to deal with money is these situations, I think there’s still a large community out there that thinks that the next step is, “You graduate college, now you get married, now you have a mortgage, now you have a baby.” Hold on a moment, let’s stop for just a second.

Jill DeWitt:                          Thank you. We don’t have to put the mortgage part in there because you might be sinking your own ship before you even got started. The best way to do this nowadays is save up the cash and pay cash. I don’t care if it takes you five years, I don’t care if it takes you 10 years. If you took 10 years and rented and saved up a couple hundred thousand dollars to plop down cash, think about this everyone, say you started when you’re 25. And now you’re 35. And you rented a modest home with your small kids and your wife, and you spent 10 years saving up a nice chunk of cash, and now you can plop it down, now you’re 35, and you just bought a house outright, and you have no mortgage.

Can you imagine how great life would be at this point?

Sure you can! What do you think everybody does in New York by the way, it’s kind of like an apartment.

What is our next episode?

Over Mailing a Single County When Does it Happen (CFFL 0245) 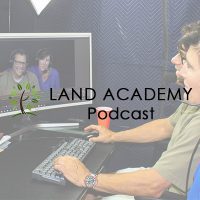