Jack Butala:                         Yep. Neighbors are the buyers. This is a great … You know, and I can tell Shamgod’s just killin’ it with some of this stuff. So I mentioned on a few shows earlier, I think it was three or four shows ago, when somebody goes to subdivide a property, it’s the same thing when you go to bake a cake. You’re gonna have some leftover material. And it’s probably gonna go to waste. So when you subdivide a piece of property and cut it all up and put twisty, windy roads and things, there’s little pieces that are unusable, it’s just the way it works. Or maybe the terrain’s uneven, that’s probably what you’re talking about here.

There are good fragments and bad ones. So you’re gonna have to decide which one that is. In fact, a lot of times, they actually assign an APN, an assessor’s parcel number, to the roads. I’ve seen that happen, that’s pretty useless.

I went to a tax auction where there’s all kinds of property being auctioned off by the county, and I’m only interested, when I go to those things, in buying land, and the vast majority of the people there want to buy six or seven houses that are listed, which is good for me, because then I have less competition, less biding competition. But anyway, I ended up buying, knowing this, I didn’t research this until I got there, sitting in the room, a tiny little piece of property in the backyard of a subdivision, where there’s developed subdivision with houses all over the place, it had a water tank on it. Or a water well or something, I could just tell from Google Earth that there was some structure on there that was meaningful.

Turned out being a water wall, water tank that all the subdivisions shared. I paid like $200 for this thing. Sent a simple letter out to 20 or 30 people in the immediate area and said, “Do you guys wanna buy this? Or does anyone want to buy this?” I ended up selling for 20 grand. So if that’s the kind of fragment that you’re talking about, then it’s got some value. If it’s just an easement that somebody incorrectly subdivided, which happens all the time, no, you don’t want it. So that’s the answer. I hope it’s a water tank, man.

Today’s topic, creative marketing for property sales, this is right up Jill’s alley. This is the meat of the show.

Jill DeWitt:                          You know what’s really interesting about this, I just thought of one more thought about this lot, remember that friend of ours that his business was doing those billboards along the freeway?

Jill DeWitt:                          So it didn’t have to be right up against the freeway necessarily, but really close that you could put a billboard on it, that could be a use for something like this, especially depending how it’s zoned and all that good stuff.

Jill DeWitt:                          So here’s my creative marketing for property sales. So I was thinking of three different things that are newer in the last few years to help people sell property. One is, if you’re not doing videos, you need to be doing videos.

So, videos are cool! Videos are fun, you can really get your message across, and you can convey things about the property that people might not get and see as they’re reading a posting, but they will. So whatever the best features about your property, maybe it’s the view or something, hey, make a video about your property and lead with that. Like, “Can you imagine your retirement home here?”

So that’s my first point. My second point, is social media. That’s a creative marketing way to get your word out. As your making a video and doing all this good stuff, promote it on social media. That’s new, and it’s … it’s not necessarily new, but it’s new since I started doing this. And what a valuable, profitable way to market your property and get it out there, is social media, and your business, and you, by the way.

And then my third point on creative marketing for property sales, is differentiate your property. We have people that are putting campers on it. Put a yurt on it, get in on the yurt funny thing.

Jack Butala:                         Let’s take a couple steps back here and forget about marketing this actual property. And let’s just look at some universal concepts. Number one, who buys property? Who buys a piece of property? In general, the people who buy real estate, or any given piece of real estate are the ones who own real estate right in that immediate area already. 50 or 60% of the houses, I haven’t checked recently, last time I checked, it was 52%, this is a federal government statistic, so it must be right.

50% of people who buy houses live in the immediate area, in less than like a quarter of a mile. They don’t necessarily buy them for themselves, they buy them for their kids, or whatever. But for some reason, maybe it’s just because they’re driving back and forth on the way to work every day and they see it for sale. I’m not sure, but it’s the stat.

And so the same thing applies to land. If you buy a 40-acre property in the middle of New Mexico or wherever, and you send a letter out, or a postcard even this, that says, “Hey, I just want to let you know, respectfully, I bought a piece of property here for not a lot of money, and if you’re interested in buying it, I’ll get you a special deal before I go to market on it.” We have one member, this is all he does, he sells property that way.

Like Jill said, with social media, we have another member who finds … they buy a piece of property, and they find the social networks, on Facebook specifically, in that zip code. Specific, like, I don’t know, it could be quilters, or barber shop owners.

Number two, the correct people that really want to know that it’s for sale, don’t know. So you’re not reaching the right people.

Those two, it’s that simple. How do you reach the right people? Social media, direct mail, and just, you know, generally talk about it.

How to get listings, because that’s the way a real estate agent makes real money. Every financially stable, consistent real estate agent I’ve ever met, what they’ll say is, “Oh, no, I just get the listings, somebody else sells it. I don’t have any idea about that.” So do you want somebody like that to sell your property? Do you want to be one of their listings, and then they just put it in the MLS and someone else sells it?

Jill DeWitt:                          Yeah, I still scratch my head that I can be an agent and I can have a listing, I can list your house, Jack, and then I just do nothing, absolutely nothing. And next thing you know, you’re staging it, you might even hold an open house. You tell some people about it, and you have a buyer, and you’re closing the deal, and “Oh, but wait a minute! I have the listing so I get some money.”

Jack Butala:                         Here’s an example, I sent the mailer out in Southern California to buy a very specific type of yacht. And I sent it out probably, I don’t know, 40% of what I thought it was worth. And somebody called us, and the guy that owns the … he got the letter, called us and said, “Hell yeah!” And then Jill beat him up on the price a little more, we all agreed on the price and made friends at the same time.

And then he said, “Well wait a second, I’ve got the yacht listed with a broker.” So guess who’s making money on it? The broker.

You are not alone in your real estate ambition.

Jill DeWitt:                          The other thing that’s good too, I think in our community, if you’ve noticed, like some of our weekly calls on Thursday, that not a lot of people have asked sales questions. And I appreciate that because we’re all experiencing the same thing. And even one of our members, the other day said something about, “I’m out of inventory.” Remember he didn’t even have a question, he just put a little comment in there like, “I’m off to the bank, but I wanted to say this real quick.” And it was just, you know, “I’m out of inventory, and here’s what I just did.” And good stuff. So sales aren’t an issue.

Jack Butala:                         About seven months ago, a guy scheduled a data deal review call for me, but he said, “Hey, I scheduled this call, I’ve been a member for like whatever, a year, because I’m having some trouble selling some property, and I just want to let you know because it’s not a data acquisition review or deal, it’s not that. Is it okay if we talk about that?” And I said, “Sure, I never talk about sales with anyone. I’d love to actually.”

And we got on, and after talking to him for about five minutes, and why he couldn’t sell these specific pieces of property, guess why, Jill.

Hey, like our show? And how I can’t talk? Well please subscribe and rate us on iTunes or wherever you are listening. 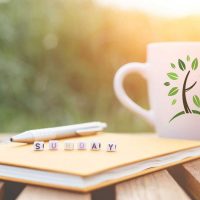 How to be a Sunday-Only Real Estate Investor (CFFL 311) 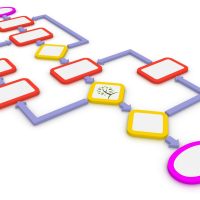 When to Negotiate with Land Sellers NEVER (LA 1053)