Jack Butala:                         Jack Butala here. Welcome to the Jack Jill show. Jill is on a short vacation, having fun with her family in Seattle, and I chose to take advantage of a special situation today and interview my little sister [Anne 00:00:16] Porter from northern Michigan, who we’ve talked about constantly on the show over the last couple years and touted her as a successful real estate agent. I’d like to find out if she really is.

This is entertaining real estate investment talk. I’m Jack Butala with my little sister Anne from sunny southern California, and today we’re gonna be talking about being a successful real estate agent.

What does it take, Anne, and welcome.

Jack Butala:                         We educate our sellers a lot, too. When we buy a house or a piece of property from somebody, they have no idea. I never transferred into my head, for some reason. I figured that somebody calls a real estate agent. They want to sell their house for whatever reason. They’re kind of knew, they know what they’re getting into. They know the process, because they bought the house.

Jack Butala:                         So, people aren’t answering their phone when their clients call after they get a listing because they haven’t really been doing anything.

Jack Butala:                         Hands down, probably more than earned her fee on the buy side, and the banks were paying her, so it was great. But she was always more than negotiated a deal that made up for her fee, because she knew that was important to me.

Jack Butala:                         Good. Thank you. This is easier now. I think that a long time ago, long before there was probably even a licensing process required, somebody would sit in a tavern somewhere and say, “You know, I’m thinking about selling my property,” and the guy that they’re sitting next to knows everybody in town, knows how to get stuff done, maybe knows a lender, somebody, “Oh, you know, John over here was thinking about buying a piece of property.”

Anne Porter:                      Mm-hmm (affirmative). Totally agree with you, and there are plenty of those people out there that get their license because all they want to do is see houses.

Anne Porter:                      Well, I think tools that make communication easier. How many showings your house has gotten, how many vies it’s gotten, just better ways to communicate. Networking tools. Some of it’s not even an internet based tool. Some of it’s just being out there, talking to other agents, being out there, talking to other people. We’re technically brokers, so we’re supposed to be brokering a deal. That doesn’t mean just throwing in the MLS is brokering something. It means that you gotta push it, put it out there, do the right thing, and help. There’s a whole list of things that I ask sellers to do, and those are the tools.

Anne Porter:                      Yeah. Staging makes all the difference in the world. Anybody out there that’s thinking about selling their house, follow the staging instructions.

Leave, pretend there’s no dog there if you have a dog. It’s all visual. All visual.

Jack Butala:                         Huge fan of Redfin. Huge fan. They’ve taken it to the next step, but I believe that their algorithm are antiquated and don’t adjust for things that you’re talking about, like market editions and things like that. They only really work at completed sales values and some other stuff.

Anne Porter:                      Yeah. They factor in a whole bunch of stuff that isn’t right, that doesn’t take into consideration because if one house is staged and then the other one’s not, that could be the exact same house, but the staged one’s gonna sell quicker and for more money.

Anne Porter:                      Mm-hmm (affirmative). If you’re looking during the holiday season, you really want to move, or you’ve been relocated or something. There’s a reason, because people have other stuff going on. They’re traveling, there’s Christmas trees in a house which make it look smaller.

Anne Porter:                      My philosophy is, your client doesn’t need to know that there’s a problem until you have a solution for it, and quite often, I think the exact opposite happens out there.

Anne Porter:                      Somebody has a big issue with a house. An inspection came back bad or something, and then all of a sudden, the real estate agent calls the seller and says, “Oh my gosh, we have this really big problem.”

Anne Porter:                      Yeah. I had an issue with a house that I sold that in the disclosure stated that the roof had a lifetime warranty, and couldn’t’ produce it. They couldn’t’ produce the lifetime warranty. Just whatever, they said they had it, didn’t know where it was, couldn’t produce it in writing, nothing transferred over, whatever, and I called around, found permits, all this kind of stuff, and it worked out in the end. It didn’t work out great. Worked out in the end, but it was difficult. But those people were somewhat happy at the end that we solved the problem and figured it out, but there’s issues like that that you just have to go out of your way to solve.

Anne Porter:                      Yeah. Sure. They’re getting in the way because they’re, I don’t know, I know I keep going back to this, but because they’re not solving the problem before you even get to the problem. You have to preempt everything. If you preempt stuff, there’s no trouble. If you know this is gonna be a problem, then you just gotta figure out the way to make it not a problem.

Anne Porter:                      100%. Yup. I have an industrial and organizational psychology from good old Michigan State University, and 100%, that helps me all the time. Be patient, figure out people’s personalities and know how to deal with them, because there’s different personalities. If you don’t see what the personality is of your client and match that, and be able to have some communication, then you can’t do it.

Jack Butala:                         And you could be staring at two people in the exact same situation and one’s got a whole different perception about what’s happening versus the other, and you gotta handle it differently.

You are not alone in your real estate ambition. This is the part of the show, and we actually air it, where we just talk about what we just talked about, kind of like a blooper thing. So, how’d it go? I know you’re a little nervous. There’s nothing to be nervous about, right? Just two people talking about stupid stuff.

Thanks for being on, and I really appreciate it. 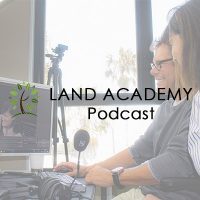