It was January of 2017 that I learned about Land Academy. For the prior eighteen years, I was a freelance cinematographer working in the film industry. And over the past eight of those years, I slowly came to the conclusion that I was unfulfilled and wanted to make a big change. The only question was, what would it be? I was a member of a union, got paid well, and if I stuck with it, I’d have a decent retirement waiting for me. But when I looked at older counterparts within the industry, I didn’t see enough of them reflecting the contented joy emblematic of a fulfilled life — what I saw was a zombielike calm, likely to envelop me also, a certain resignation to the mediocrity that results from consistently being asked to work at 5% of your talent level and nothing more. Ironic, given the outsider’s perception of Hollywood as a creative industry.
The starving artist thing might work really well in your twenties when your primary compensation can be ego-strokage, but I was well into my thirties and was still working freelance as a daily hire (aka, permalance). I made a high day rate, but didn’t work every day. The net of that situation is enough money to skate by, enough free time to research other options, but not enough of either to build a legacy. Imagine my holding pattern, a slow burn of constantly looking for a business I could build to replace the horrific career path I chose at 18. A deep rooted trigger was about to be pulled as I realized that being 36 (18 times 2) meant that I had spent an entire childhood period chasing the wrong thing. With more fervent a resolve than I’ve ever felt before, I was determined to build success during the third eighteen-year period of my life — the third childhood.
Never having owned real property before, I’ve been interested in owning land for a long time. I remember finding out about tax auctions in my early twenties, but abandoned the idea because I didn’t have enough money to buy for cash, and didn’t know enough to seek a financial partner. Every few years I’d revisit the land idea, wanting to own a really cool property and build something on it. Maybe a mountain lake property, maybe a private island. I’d stay in my room for a whole weekend searching all the land websites and drawing out plans for what I’d build, but eventually the sticker shock would remind me that I couldn’t afford it.
The latest time I did this, I started noticing that land was for sale not only on Landwatch and Zillow, but on a lot of small WordPress driven sites that had only a few properties for sale, and at super low prices. After seeing three or four sites like this, I deduced there must be someone out there teaching a method to acquire land even cheaper than the low prices I was seeing — these websites with only 5-6 properties aren’t working at high enough flow rates in order to offer discounts based on volume. Someone must have figured out how to buy cheap property and sell below market value while still making a profit, otherwise this little website wouldn’t be a feasible business model. I searched iTunes for podcasts about land investing, and I found Jack and Jill’s Cash Flow from Land Show. This happened before work on my 37th birthday, the beginning of my third childhood.
While on my way to do a half-day job for my other “career,” I was listening to an early episode about generating leads via direct mail. Jack and Jill were describing a profitable version of my locking myself in my room for 3 days to fantasize about whatever cool cabin I was going to build. Before I even finished the first episode I listened to, everything clicked and I knew this was for me.
Since I was already accustomed to being a business owner, the part about staying afloat amidst intermittent liquidity events would be fine. And I was already in a career where I needed to be both artistic and technical and use both sides of my brain. Using Excel with large data sets, hand-in-hand with beautiful aerial cinematography was a perfect fit. And the per-deal return on investment would lead to success, unlike being laid off every…single…day as a daily hire. Soon, I reasoned as I walked to the set, I won’t need show up for work.
It’s been a while since joining Land Academy, and I’ve begun to trade land with both my own money and with financial partners. What I’ve learned in such a short time is more valuable than my bachelor’s degree, and probably more valuable than most master’s degrees. With a scrappy little website of my own, www.landcycler.com, I’m selling low cost land rather than surfing someone else’s site fantasizing about buying it. And now, for as long as is relevant or helpful, I’m going to write about my experiences doing it — I’m grateful to Jack and Jill for selecting me to write about my experiences as “a day in the life of a land investor,” from my perspective as a land trader. Some really interesting deals have fallen into my lap, and I have some interesting stories already. I hope you’ll enjoy reading about my journey towards success in my third childhood. 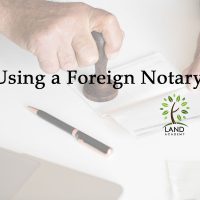 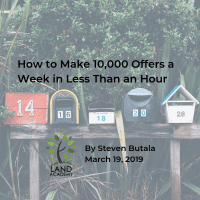