Steven Butala:                   And a lot of it too was successful members who had problematic transactions and they just kinda said-

Steven Butala:                   Well, when we relaunch, and it’ll be soon, it’ll be early 2019, let’s just say. We are now … We have hell planned for that and we’ve got backup contingencies to send orders with people we know and trust. And we can actually … The reason … We could’ve taken your money back on. We stopped it because we want to deals right. We do deals too. And quite honestly, it’s the same people that do our deals.

Steven Butala:                   So that’s the deal we hope. Before we get into the show though, let’s take a question posted by one of our members on the landinvestors.com online community. It’s free.

Jill DeWit:                            Curtis asks, “I’m in California and I’ll be buying land in California and other states. Is there a reason I should not set up an LLC in another state? I will say that I do intend to buy some land in a solo 401K and sell on terms keeping it entirely passive income, I think. But the majority of it will be flipped for cash. I just want to get my first mailer out. But I do not know how to appear credible with a company name and website. I’m real close to just getting a burner phone, signing up with a call service, and sending the damn mail.”

Jill DeWit:                            Exactly. Let me, I want to pause for just a second and answer this because this will probably help people understand. Even if you send out a mailer with your landperfect.com, that’s your company. Whatever it is, let’s just say.

Jill DeWit:                            Landperfect.com. Let’s just say that’s your company name. You got the .com. You have one stagnant page there with a photo of you and your dog saying, “I’m real,” whatever it is and you’re still putting that stuff together. That’s totally fine. Now, what I think people get hung up on is so you send the mail out and you’re Bob Jones from landperfect.com. The people come back to you and now they want to sell you their property. You don’t have to have your Land Perfect LLC in place to buy the thing. To buy the property. It could come from a whole nother entity. So maybe you’re putting it in the name of your business partner because he’s the money guy right now. So you could be Bob Jones sending out mail for Land Perfect. And when you send out the deed, and the cashier’s check, and everything with the seller buying the property, they’re not gonna even look at it.

Jill DeWit:                            And they won’t. But if they did, you just explain that’s my business partner. We put them in his name. Whatever. It doesn’t matter if they ever did. And like I said, they don’t. And you don’t even … By the way. This is good stuff I haven’t talked about in a while. Don’t volunteer that. You don’t need to say … You don’t need to hedge off anything too. If anybody asks anything, always be up front and honest and explain it. But don’t go, “By the way, just so you know, as the deed comes to you, it’s not gonna have my name on it. It’s not gonna have Land Perfect on it. It’s gonna say this on it. So I want you to be prepared.” Don’t even go there.

So back to the LLC, get it going when you can. Absolutely I’m glad you’re getting the mail, and the phone, and everything. That should be right away the first things you do to go on that first mailer and have them ready to go because you need … Because that first mailer is gonna launch you and it’s gonna … Those calls and those buyers are gonna be spread out probably over the next couple years. Maybe several years depending how many that you’re sending out right now. So you need to be able to retain that information. And then the rest will just fall into place. Did I answer it okay?

Jill DeWit:                            So Title Mind, we launched, like I was saying earlier, in fall. I want to say it was October, if I remember correctly, of 2017 because of a need. Like all of our products, all of our tools and resources, as a need from our community and help closing their deals. So Title Mind, what it did originally was only escrow, not Title, that was coming. So what we did with Title Mind was for a flat rate fee, you could just send us … Give us the buyer. You’re the buyer, excuse me. Or you might be the seller. Whatever it’s happening. Give us the information. We would do the deed. We would arrange the notary. We would arrange the payment. The money would pass through us to the however it would go and we’d get it back to you. Basically, we were just like your assistant doing your work.

Jill DeWit:                            Right. But what we didn’t do is do the due diligence. You’ve already solidified the deal. It was already done, ready to go, and you knew you were gonna buy it, you agreed on the price, the guy wants to sell. So the next step instead of you arranging the notary in this, and then making the deed, and getting it recorded by the way, all the way to that, you would then pick up the phone and call Title Mind and say, “Here you go. Here’s the guy. I don’t know when he’s available. I’m not even sure where he really lives.”

Jill DeWit:                            Exactly. And here is my money. And I’ll see you when it’s recorded. That’s what Title Mind was. And as Steven was saying too, holy cow was that popular. It was so popular, I couldn’t even get my deals in. I was having a hard time getting … It was my team who was doing our deals. So our idea was, well, this is fine. We can do this for everybody else too. Brilliant, right? Holy cow had idea the demand. And again, this was escrow only. It wasn’t even title. Even though we called it Title Mind. Because that was coming. We didn’t even get that far. We’re like, “Uh-oh.” [inaudible] So anyway, we had to slow it down. There were days that I just-

Steven Butala:                   Well, I mean you did a perfect description. But it’s all under the guides of this. Right around the 10th or 12th deal that you complete, one or two thing … You’re gonna look at the mirror and you’re gonna say one of two things. This is the greatest thing I’ve ever seen. I mean, I’ve accumulated X, Y, Z in this amount of time. This amount of money. If only I could, fill in the blank. If only I could outsource financing. [inaudible] investments. If only I could get somebody else to do these deals so I could get the other new deals faster into the pipeline. That’s what Title Mind is. Is to get somebody else to do these deals because I’m not interested in shoveling as an investor, I’m not interested in shoveling paper around.

So you submit the deal to Title Mind and we complete the deal on the front end and the back end of the transaction. And there’s two products. One with title insurance and one without title insurance. Where we … Where smaller deals, we just close the deal for you. There’s no title insurance. And Jill’s right. We don’t review the deal for accuracy or anything like that. We just go through the motions. And there’s a limit to the problems that we’re gonna solve so we’ll leave that for later. And then a second product is we’ll go get an escrow company for you. We’ll manage the transaction through escrow and close the deal. And they will probably in that case collect the money. So the back end of Title Mind is a handful of very professional title agents and transaction coordination agencies that are all based in southern California, they’re very close to us, that we do business with already. And that’s where 1.0 didn’t work because we were trying to take on too much of it … Our transaction coordinators in house can’t handle it.

Steven Butala:                   The first show today was why the outsource [inaudible], forget funding. So you don’t have to spend any of your own money. Why to use Title Mind to get and close your own deal. And then tomorrow, Thursday, is why and how to outsource your own due diligence. So now when you really think about that, there’s no work to do except send mail out, and get great deals, and start shoving them off to other agencies to get them done.

Steven Butala:                   Yeah. Can you do it with a $500 property and then sell it for 1500? No, there’s not enough money. You’re gonna be spending some money. It costs money for financing in the form of equity. It costs money for Title Mind. Probably at least $1000 between title and escrow, maybe more. In some cases just a little bit less. And then due diligence is gonna cost between 500 and 1000 depending on how you do it per deal. So for $2000-ish, you are gonna be able to outsource a deal completely.

Steven Butala:                   Or maybe you use these agencies for a while on some deals and you have an in house person … Then it gives yourself enough time to hire somebody else-

Steven Butala:                   Every deal, we don’t outsource to every deal the same. There’s some big huge deals, we do it with other people. We bring in different partners, equity partners, and all kinds of … So that’s where it’s headed for you too.

Steven Butala:                   All of these outsourcing products are driven by very successful Land Academy members saying, “Dude, if I could only have this.”

Steven Butala:                   Join us next time where we discuss outsourcing due diligence with inforeports.com. And partialfact.com, sorry. [crosstalk]

I get excited just talking about this because-

Steven Butala:                   Outsourcing due diligence and really knowing here’s what changed. It’s not so much is it buildable because that report answers that really quickly. It’s, “Wow, all utilities [inaudible] and it doesn’t need any grading, and it’s got a score of three on every category? Oh, I could sell this property for $45,000. Whereas my whole career-”

Too Many Member Offers in One County (CFFL 356) 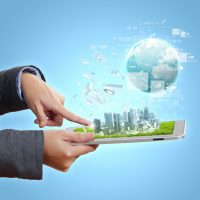