By Luke Smith for Land Academy

While recently studying some areas to send mail, a good friend I met through LandAcademy.com sent me some data sets on areas I wasn’t familiar with. These data sets were all the records for some counties we might target.

To study the data, I sorted by whatever columns had interesting data in them. I looked at the outliers and I compared each county to the other counties’ data sets. Some of the counties have lots of parcels and some just don’t. Some have very high assessed values and some don’t.

All this sorting is easier to look at in a chart. Here is a chart of the assessed values of all the properties in a certain county ranked from low to high.

This county is much more rural than the others. There are not as many records to study and or  mail cash offers too. The distribution looks a lot lumpier. The top end property in the county is assessed at about 8.5 million dollars, which is probably a small hospital or a power plant.

Focusing on the middle 60% of the properties that are not near 0 assessed or many millions assessed, is where I would focus my efforts.

This next chart is of a different counties’ assessed values. There are a lot more properties in this county. The distribution curve is very smooth.

The highest  assessed property in this county is about 43 million dollars. The difference between the high and the low is much bigger than the previous one. The middle 60% still looks like the bread and butter deals. That big spike on the end is out of my budget. The land assessed near 0 is probably government land or no access, where the water goes or the median between freeway lanes.

This next county is somewhere in between. Boy these charts are starting to all look the same.

This one tops out at about 55 million dollars. Probably a fancy regional hospital with lots of rooms to rent out at top rates hence the high assessed value.

Looks like I should cut off the top 20% and the bottom 20%. Don’t want the weird stuff. Lets keep it simple.

This next one has a lot of records too. Tops out at 29 million dollars.

Can you tell them apart? Does it really matter which county is which? Does it matter where they top out?

They will all work if we price them right. This exercise is to show that the distribution of values looks essentially the same no matter the county.

Look at that tail. Lots of the properties pay very little of the overall taxes. I used to just mail the bottom 20% valued properties. That equals a very attractive acceptance rate. Problem is they are usually the less desirable properties and harder to resell. The ones in the middle generally have more access, less topography and a market to sell them into that does not ask as many questions. They generally fit through title too.

A similar chart of the recorded trade price looks a lot like the ones above. Usually the data sets only have previous trade prices going back 20-30 years. All the counties I have studied vacant land in fit this same curve with about 20% of the records having recent trade prices. Only 20% think about that. Sometimes the market has up to 1% of the outstanding land up for sale and in extreme scenarios usually less that set all the prices. Your buying changes the market.

With 80% of the land in the population not trading in the last 20-30 years what do you think their valuation is? It’s what you say it is. Cut the top off, cut the bottom off and price the land in the middle accordingly. That is who I want to mail cash offers to. 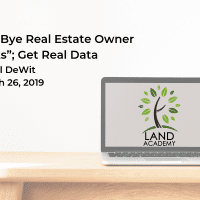 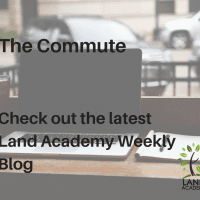 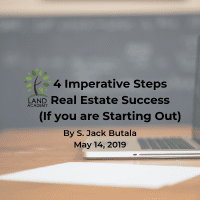 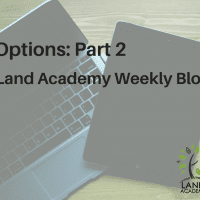 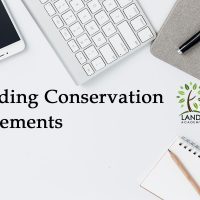