Jack Butala:                   Shawn Hospple went from a W2 employee to Indianapolis’s premier wholesale and accomplished real estate handler in just 4 short years. He currently handles over 150 residential transactions annually and has a rental portfolio that is always expanding. He’s been married for 23 years and has a teenage daughter who’s an entrepreneur in training, aren’t we all. Shawn, welcome.

Jack Butala:                   Good. Who are you in the real estate industry? Explain the niche to us, a little bit about what you do. What sparked my interest on LinkedIn is the little sub-company that you have that helps Canadians buy investment property. I think that’s what it is, right?

Shawn Hospple:               Yes, how that came to be, I actually spent 5 years in Calgary, Alberta in western Canada from 2005 to 2010 after doing a W-2 type job and got familiar with that area. As I was leaving Canada in 2010, I started getting into real estate a little bit. When I came back, one of my friends up in Canada was interested in Indianapolis market, and of course, they couldn’t believe that you could buy a house for 60 grand-

Shawn Hospple:               I went through a process …  Actually, my former neighbor up there, we created a little joint venture LLC. We bought a couple properties here and went through that process as far as the cross-boarder transactions, and kind of figured that out a little bit. I still help out a few people that will find me through whatever means and help them get the cross-boarder stuff going.

Shawn Hospple:               Boots on the ground for them. My broker, Keller Williams, here in town … I don’t do a whole lot of broker type stuff, so I don’t show properties to the public. I work with out of state, out of country investors as a whole is where I really specialize. Especially since I actually bought my first rental here in Indy while I was still in Canada. I know what the pain is of doing something remotely and trying to build a team. I can really connect with people like that really good. Help them find what they’re looking for. Tell them where the war zones are and where to stay away from.

Shawn Hospple:               Even then, with that said. Our “rough” areas, instead of that other word. Here in the mid-west, is still fairly safe. I don’t mind driving around through them, unlike some larger cities I’ve heard that during day light hours, you didn’t want to be caught there.

Jack Butala:                   So the early 90’s, same situation W-2 situation. I got a great opportunity to work with a company as their Vice President of Acquisition of Long Term Care Facilities, like nursing homes and assisted livings and stuff. They flew me out here, this is in the early 90’s. I met with the CEO, and we were done with the interview. I said “Look, I’m either going to move here next week and work with you guys, or I’m not. Either way I’m going to move here. It’s just night and day from where I grew up in the Mid West.” I got the job and I moved here, and one of the first things I did was I was just walking around in Aw. I thought it was too good to be true. I asked a bunch of people, “Where’s the worst neighborhood, I really want to drive through it?”. It’s really not a bad neighborhood at all compared to some of the stuff that goes on in the Mid West.

Shawn Hospple:               That’s kind of how it was in Calgary. The locals was like “Oh, yeah, the east side is horrible.”, but you drive through there and like good grief. I could live here.

Shawn Hospple:               That’s the worst part of the whole city. Here in the Midwest there’s some rough area’s of course. Overall where a really strong market and have a lot of activity from out of state and out of country investors here right now.

Jack Butala:                   Yeah, some of our … some of my friends and Jill’s friends combined are from Canada and it’s the same reaction. I love speaking with people who are from Canada, who are down here either on a vacation or they’re checking out real estate or whatever. They don’t know about the market or whatever, then they come down and figure out they can buy, a really really nice house between $80-150k.

What are you working on right now? Anything really interesting?

Shawn Hospple:               A lot of wholesale. We could talk about that real quick. My wholesale isn’t a typical assignment. I typically don’t do assignments since I’m a broker. I usually close on every transaction and either turn around and either do a double closing or I’ll sit on it for a little bit. Possibly doing a prehab, going in and kind of clean it up a little bit and then put it back out to my buys list. That’s the bulk of my work. That’s my active every day job, I guess. Then take some of those proceeds to add to my portfolio, for the passive, the long term.

Shawn Hospple:               That keeps me very busy. Since we are an active market, it’s getting harder to find inventory. The MLS is picked clean, but I still make a few offers on the MLS. I do a lot of HUD’s and I do a lot of auctions. The on-line auction, is my biggest focus right now.

Jack Butala:                   That was my next question. How do you primarily source properties, you kind of answered it. We do direct mail, with a huge degree of success. Have you had any experience with that?

Shawn Hospple:               A little bit, I did the yellow letters. I was overwhelmed with phone calls my first go around. I really missed out on a lot of opportunities because I was just too busy doing other stuff, trying to answer the phones and stuff, trying to call people back. I did a few of those, and had success. Now I kind of help some local bird dogs and other wholesalers to do that part of it. Then they send me the deals, I buy it from them and turn around and sell it to my buyers.

Jack Butala:                   That’s great, Jill and I do our share of single family residential wholesale transactions also. I love not ever going to look at the property. For some reason, that’s-

Jack Butala:                   You must have a lot of investors, in a different country even that are kind of trusting you that you are going to rent this thing out and manage it, right?

Shawn Hospple:               I usually sell stuff as is. They already have a team for the rehab, or if they don’t then I can help them with that. On occasion I will offer them a “turn key” type property with out the turn key price. I can hand them something as is, or something that is ready to go. Or something that already has tenants in place.

Shawn Hospple:               Nice. I kind of do that with about half my portfolio on the rentals. I do lease to own, or lease options. That works out really well here.

Shawn Hospple:               We have a part time lady that comes in twice a week, and she works 16 hours a week. And I have a VA in the Philippians that works another 15. The biggest part of my time is the offers. Overseeing the offers and also making offers myself. With HUD you have to make offers every day on the same property, because the offer gets cancelled if it’s not accepted. A lot of people don’t realize that. You have to really … we’re making 100-150 offers a day on HUD, plus another 80-100 offers on auction.com every 2-3 days.

Shawn Hospple:               So for the most part I offer, I don’t have a percentage of the list. I just go in and look at it real quick and do a quick comp. I know what I can sell it for as is, so I will back out the numbers and then offer my highest and best on that HUD home store. Either someone else buys it, or we buy it. We keep offering until something happens. Once in a while, there’s those that I’m not too excited about. Condos, especially here, are not really that big of a thing. For example, one I bought on HUD, it was listed at $59k, ARV was about $80K. I offered about $18k and they said yes.

Shawn Hospple:               I turned around and put $8k into it, and turned around and sold it for $65K. THat’s a flip, that’s an extreme really good numbers. I don’t really do a whole lot of flip, because back to Jill’s question, those take a lot of time. Of course you have to work with contractors which is a whole other Podcast.

Shawn Hospple:               I try not to do too many flips, Ill do the occasional prehab, like I mentioned. For the most part I’ll only go look at the property when it get’s accepted and that’s about it. I take some pictures, put together a little flier and send it out to my buyers list and sell it.

Shawn Hospple:               Very seldom, once in a while I’ll get one that I’ll sit on for 60 days. Usually within, 1-3 weeks it’s usually gone. Which is hopefully within that 30 day window from when I get the offer accepted to when I actually close on it.

Shawn Hospple:               Yes, I have to buy way under what my buyers will buy. Then I still offer them a really good product at an excellent price. There’s enough meat on the bone for them. I still make a few dollars in the mean time. 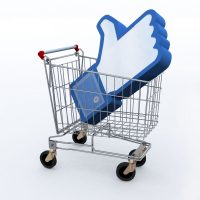 How to Get New Customers in Any Business (LA 1203) 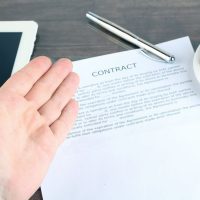