Jack Butala:                   This is Jack Butala for Land Academy. Welcome to our cash flow from land show, once again. In this episode Jill and I discuss women. One of my favorite topics. Specifically the women of Land Academy. Jill, I have to ask. Have you noticed that at least half of our members, and some of the most successful ones are women?

Jill DeWit:                            I have. One of the reasons I attribute that to is, I have a a couple good points here. One of them is I think that women especially appreciate the approach that we have taken to our whole overall philosophy, our culture, our honesty, our transparency. I think everyone has but a lot of women and how we teach. That’s one point that I have to make about that.

Jill DeWit:                            It’s a hundred percent true. Every women right now listening to this show is going, uh ha, and they’re pointing to their partner in the car, going, you hear that? That reminds me of a funny story one time I was listening to. This is five, ten years ago. I was listening to Dave Ramsey on the radio and back then it wasn’t a big syndicated thing too. I don’t even think he was playing in our state, in our city. I knew of him when I was traveling and had to seek out to find him, but I will never forget this caller that called in and he was asking Dave, here’s my financial situation. For anyone who doesn’t know Dave Ramsey, he is a wonderful radio personality and his whole big thing is getting out of debt and getting right on track, not utilizing credit which things that sing to us as well. Our ultimate thing is pay cash for these properties.

Jill DeWit:                            That was Dave’s point. That was a hundred percent Dave’s point. Good, bad, or otherwise it could be the most fantastic deal, this guy was about to pull the trigger, and Dave was just reminding him, before you do this, what does you wife thing? Does she sign off on this, because her gut instinct is often right. That was the whole point and that was just my point is that we do make decisions differently and they’re good decisions. What’s really interesting, Steven, is you do a version of that yourself because you are really good about doing your research. That’s just your nature.

Jack Butala:                   I think so. In fact I saw this on success plan really recently. Success plan, if you don’t know is our online community where we all help each other. It’s Land Academy’s online community where some people have purchased the program and they’re going through it and they’re helping people who have not purchased the program and vice versa. There was one guy in there that said, enough analysis paralysis. Literally he was researching for two years. Didn’t we just do a show about jitters?

Jack Butala:                   Yeah. When I go to buy a microphone I probably spend way too much time online trying to figure out which mic is best for the money and I just use microphone as an example. Or if we go on vacation, it’s like, you gotta look through all this stuff and make sure [crosstalk 00:06:48].

Jill DeWit:                            Maybe we could work out something like that. That’s a whole other topic. Back to the women of Land Academy. That’s just something I think is important and I notice and I wonder if that’s why we have so many successful women that, we have a secret. You know how men are really good with directions? Let’s be honest. This is not a men are from Mars, women are from Venus kind of show.

Jack Butala:                   [crosstalk 00:08:46] have patience, which I really think they’re more methodical which is rarely our approach to this whole thing. I really think that’s why we have multiple women who are, one of them is extremely successful in our program who have been directly involved with our number one competitor for a long time. She learned about us and came over and spilled the beans and said, you guys, it’s just a different approach. It’s more methodical.

Jack Butala:                   This program is a great side business. I have not marketed it that way but there’s a huge culture about, I want to keep my job, I like it, and my husband’s at work but I want to start a side business so maybe I can start making a good living by the time my kids are going to school age, or whatever.

Jack Butala:                   That’s what she’s doing and she’s doing great. I think women are great at planning. Planning should one. Men start with great plans in their head but I’m sure that they’re the best at methodically executing a good plan or any plan.

Jack Butala:                   Since you opened that can of beans, or can of [inaudible 00:12:09], whatever you call it. All kidding aside I think one of the unique qualities about you, Jill, that there’s not a lot of women that are checklist oriented and very direction driven. Certain women can be very complacent.

Jack Butala:                   I just think that it’s not gender specific. One of the great things about you and I, Jill, is no matter what the topic is and no matter how sideways it can get and whatever task you’re working on or I’m working on? 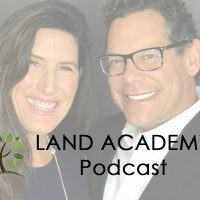