Jack Butala: Jack and Jill Meet with CoreLogic Onsite. Leave us your feedback for this podcast on iTunes and get the free ebook at landacademy.com, you don’t even have to read it. Thanks for listening.

Jill DeWit:                               Okay. Cool. Jeff wrote in and asked, when selling on terms like a land contract do you make the buyer sign a waiver to release you of any liability or do you hold insurance on it and pass the cost over to them? Just trying to avoid any personal injury claim if you [inaudible 00:00:38] while they are paying it off. It’s a really good technical question.

Jack Butala:                            Haven’t, we haven’t talked about insurance in quite some time. So, it’s all personal preference but I can tell you what we do. We have a general liability policy like, say, that any business owner would have and it’s not, and the levels of are pretty high. Like, we carry a lot of insurance but it’s not specific to the type of business we’re in, and for the record you, they have equitable title of the property. They own it. They do own the property, if you’re using the type of contract that we use they, there’s just a lien on it. It’s just like a house. You own your house but the bank has a lien on it.

Jack Butala:                            So, in the beginning I was real concerned about liability too and somebody explained it to me exactly how Jill just did. She, it’s just a lien situation so you’re in good shape. I’ll tell you, maybe, the theoretical risk that’s out there is that you own all these pieces of property. I mean, someone could get hurt on one of them in the, during the process of selling it, when you’re selling it. So, you know, I stopped worrying about that I don’t know, in 1999 probably.

Jack Butala:                            Anyway, there’s you know, I’m going to talk about it tomorrow but there’s some products that we’re going to release based on the relationship that we have, CoreLogic has a tremendous amount of, the depth, I mean, they CoreLogic, their data is the data that feeds Trulia, [inaudible 00:08:42] and Trulia and that’s when my jaw hit the …

Jack Butala:                            Then, they’ve got a spacial mapping, I’ve got a conference call tomorrow with the mapping department. So, we’re going to get the core points on a 145 million properties, which is 99.2% of the properties in the country. So, there’s no more, there will be no more issues with trying to find a property. You’ll be able to literally just go in, like, think of Google and their, think of Google, what like website that Google has. You input some stuff and you get immediate answer. That’s how, we’re building a site right now where you input the state, the county, and the APN or and if you buy houses, the address, and it takes you to the property. Period.

Jill DeWit:                               Yeah. Well, i wanted to talk about some of the products and I know people, because people, I see this especially in bigger pockets all the time. Even this weekend, there’s a lot of people talking about, I saw Agent PRO and ListSource and stuff, so I wanted to cover these things.

Jack Butala:                            We’re going to talk about this tomorrow a little bit but we’re adding every single one of these CoreLogic products to a, the membership, Land Academy membership this year and probably pretty soon, we’re, very soon.

Jack Butala:                            Yeah, I used to, I wanted to do this show, a quick show on it because I’m just absolutely amazed at the quality from start to finish that CoreLogic provides and then, you know, it costs half. If you join RealQuest PRO through us it’s half priced and they know that and they love that because they don’t have to deal with the end user customers. They, We do.

Jill DeWit:                               Yeah, so you can do both. So, I love the user friendly I think one, was the only difference I think was when you go into Title Pro and get GPS coordinates really fast. It’s just a little more user friendly and all that good stuff but what I’m more excited about Jack, I don’t know if you want to talk about this is but what you and I walked away with this is how you are forming a team to really create our own product and just make it that much more, it’s going to be user friendly coming from us. Does that make sense?

Jill DeWit:                               That’s correct. I like that. Exactly. Oh, I’m so excited. Hey, I just want to pause. I don’t know if our listeners can tell right now but, so it’s Monday morning after the Super Bowl, we’re sitting here and it’s, Southern California and we’re getting pounded again. So, I cannot wait to see, it’s so interesting, rain at the beach and I can’t wait to see the news tonight. I’m a little worried because we keep getting slammed. Like, mudslide slammed, and closure slammed, and flooding slammed and I’m supposed to fly to New York tomorrow, weather slammed. It’s going to be good. 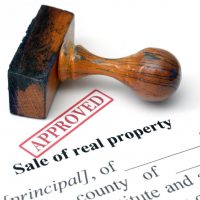