Our BackTaxLists site Takes Over this space

Jack Butala: Our BackTaxLists site Takes Over this space. Leave us your feedback for this podcast on iTunes and get the free ebook at landacademy.com, you don’t even have to read it. Thanks for listening.

Jack Butala:                            Welcome to our show today. In this episode, Jill and I talk about our new site, backtaxlists.com and how it’s going to take over the real estate or the space on the Internet, where there is exactly two competitors and one of them is actually out of business. Before we really get into it, though, let’s take a question posted by one of our members on landacademy.com online community. It’s free.

Jill DeWit:                               Thank you. Joshua asked, “When I received a deed in the mail with a property I’m buying, I sent it to the county with the recording fee. A couple of weeks later I received the deed back with a receipt for the fee. However, when I contacted the county the other day, they told me that the property wasn’t actually recorded in my name. It turns out that because of the timing, tax season, they had a hold on making any changes on the deed. So I guess I’m looking for a little advice in how to handle this. Does this mean I just have to sit on this property until their hold is over and they will record the deed?”

Jack Butala:                            I wish I had better news, Joshua, and I wish this didn’t happen in real life, but this a real life question, pretty much PhD level stuff here. Here’s the deal. The whole key to recording property at the county is to get what’s called a book and a page number. Counties do it all different. Sometimes you can do it online, like in Maricopa County, which is where Phoenix and Scottsdale are. You can literally just go do it right online and get the book and the page immediately. Then, it is recorded, so forget about what’s on the actual document or what’s stamped, or sometimes there are stickers. Sometimes there’s a bar code. If you have a book and page that is unique to each recording, you’re done.

What you’re talking about here is probably a relatively rural county and, yeah, sometimes they hold recording,for a lot of reasons. The most common reason that I’ve seen is that there’s only one person that knows how to do it and they only work two days a week, or they went on vacation, which is probably really what’s going on here. They’re just too busy or that person got pulled off to do something else in the county that was really necessary, like there was a forest fire or something crazy. That happens. This stuff really happens.

Jack Butala:                            That’s really what’s going on. It does not mean that you have to sit around and wait to sell the property. If the buyer checks up on it and they find out exactly what you found out, just explain the story. Explain it just like I did. Tell them the truth and, no, you don’t have to wait. You can send the deed in with a sticky note on it that says, hey …

Jack Butala:                            In the Cashflow from Land program, our educational series about how to purchase land, how we purchase it, anyway, which is enjoying a tremendous amount of success, even though I didn’t think one person would ever really want to watch it.

Jack Butala:                            I talk about one of the ways that you choose or how you choose an area to work in is to check the number of back taxes on that property, and I say it over and over, go to taxsalelists.com and do that, because it’s free, and they have a cool map there. County by county, they tell you how many back tax properties there are.

Jack Butala:                            You can get in there and it’s actually pretty, it’s safe, but we are emulating and then really, really improving. We talked a little bit about it yesterday and our dual show Tuesday. We are really improving. The face of the site will look like this. It’s a map with each state. You click on the state and then you see every county in the state. Then you click on the county and you get down to the information page and there is just a tremendous amount of information on that landing page for every single county, like population statistics, density, back tax information, tax lists, how to contact everybody in the county, what their names are, a nifty little summary of what goes on in that county and in that state about recording, whether or not you need an attorney or how it really works. Just like real world stuff.

Jack Butala:                            What Jill’s really saying is there are some people in this world of land investing that only mail offers to people, to properties, where there’s back taxes associated with that property. We are not advocating that in any way. In fact, it’s diametrically wrong.

Last Friday we released one of our most exciting new tools to date, NeighborScoop, and it truly has changed all of our lives here at Land Academy and House Academy. 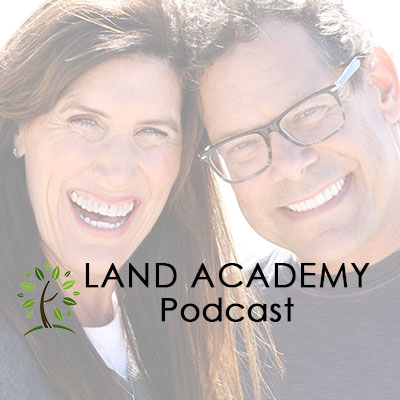 Today, is this week’s Silver Member call – SO BE SURE TO LOG ON! As a reminder, calls are every Thursday  and will continue to be in a closed call format. To join the weekly call: Topic: Steve & Jill Weekly Silver Member Webinar When: Thursdays 3:00 PM Pacific […]

Jack Butala:                            In the Cashflow From Land program, finding out a tremendous amount of data about a county before you get into it and choose it as an acquisition candidate for yourself is imperative. Let me give you an example. Everybody in this industry does this backwards. They do it wrong. They look at the real estate first and then work out all the other details and that’s exactly what I don’t do. One of things I do is I check the county to see if they’re subdividing-friendly, I check to see if the recorder is in a good mood. I’m not exaggerating. Remember that recorder in Washington that just harassed you for two weeks?

Jack Butala:                            We’re almost out of time here, but here’s a great example. Some states, our members are asking us, “Can I do this in New York, because I know you need an attorney to close a real estate deal?” My answer is almost always no because now that you’re adding 1,500 bucks to every deal you do, and some of our deals, that’s the whole transaction value right there. Here’s another example. 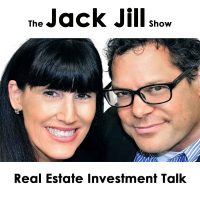 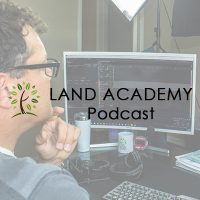