How to Create Equity from Real Estate Acquisition (CFFL 430)

How to Create Equity from Real Estate Acquisition (CFFL 430)

Jill DeWitt:                         Okay, Kevin ask, “I’m looking for a title company that will issue me just the title policy without having to pay escrow. I called First American Title, Chicago Title and a few others, but they all say the same thing. They tell me that in California they will only do title if escrow is involved. The property is in San Bernardino, California. Thanks in advance for the help.”

Well, one of our members has already chimed in, it’s kind of a comment. Nat said, “Good luck, let me know if you find one. I’ve never heard of one that doesn’t include escrow.”

Jack Butala:                       So it turn out, and I agree with that too. So, we’re gonna solve it, like we solve everything. We put together a website called, Titlemind.com. And it you go to that website, you will see when the launch date is. It hasn’t been launched yet. But there’s a count down to the website launch and, long story short, you type in the address of the state/county and APN.

You put it in, just like you’d put something into Google, and somebody closes your deal and it way, way cheaper than going to First American or anything else. We have cut a deal with the National Title Company, this is the future.

Jack Butala:                       Do you have a question or do you want to be on the show, reach out to either one of us on landinvestors.com. Today’s topic, How to create equity from real estate acquisitions. Okay, I’ll just have to say how much I love this.

Jack Butala:                       So it use be that you would create equity by developing real estate. So, you’d take a piece of land, you’d put a shopping mall on top of it, and you’d lease the thing out to a bunch of retail outlets, and bang. Now you’ve created equity because the raw value of the land itself and the building cost, let’s say just for fun, 10 million bucks.

Now you have a revenue stream and the capitalization rate yields 20 million, lets say.

Jack Butala:                       That’s the whole game. That’s what real estate developers do. They develop it, lease it up and sell it on a cap rate. They’ve created , in that example, 10 million dollars worth of equity. I give you this for thought. You and I, and any listener here, can do the exact same thing with all they had eggs.

This is a short show.

Jack Butala:                       Okay, so I’m going to ask you about this, cause we buying 180 properties in Southern Arizona that are RV/Mobile Home Lots. Which is my favorite. And so, you’ve been talking to the sell a few times, right? What’s in his voice, is he a seller, is he not a seller? I mean, cause you negotiated the greatest deal we’ve ever done.

Jack Butala:                       And that’s how you create equity from a real estate acquisition. So, it’s such a simple concept and it needs to get discussed. Somebody left a message on our website. It said, “Thank you Captain Obvious.” Did you just do that?

Jack Butala:                       Yeah, because it was under … We did a show a long time ago, you and I, called The Two Reasons that Property Doesn’t Sell. And the two reasons are, it’s either priced incorrectly or it’s for sale but it’s not reaching the right buyers.

Jack Butala:                       I got a funny real estate story. So, real early in my career. I was a Commercial Real estate Broker, and I’d bought and sold nursing homes and long-term care facilities. Which is how all this mess started. I was in Detroit and I drove to Milwaukee, cause we sold a property, the property was owned by a non-profit religious organization called, The Jewish Home for the Aged. We were selling it too. I was broking the deal, we sold it to a Christian organization, for-profit Christian organization, literally for-profit. And so, I mean, you want to talk about a comedy affairs.

The closing took place, first of all that was the last in-person closing I ever did. If there’s a reason the real estate agents don’t let buyers and sellers talk to each other.

Jack Butala:                       So, the closing took two weeks, I’m not exaggerating, in the basement of this facility and it all came down to listing every single resident, and their paraphernalia, and how there gonna remove this religion from the wall. I mean it was not about the real estate deal at all. It was about their non-profits mission to make sure that …

Jack Butala:                       So, Captain Random here, the woman that was running the thing, the biggest scatter brain there ever was. We would be talkin about something and she would just say, “Oh, and Mrs. Clarice crucifix has to be removed.” And so it was just two week of that.

Difference Between a Successful or Failed Mailer (LA 941) 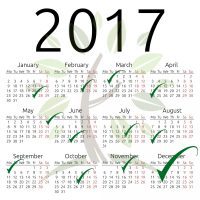