Jill:                        And we only want to purchase one. The county is saying that the owner needs to put them on their own deed. Does anyone know if we can have our property … have the property owner record a quick claim deed with him/herself as grantor and grantee for each property. We could prepare this quick claim deed for them and then send a notary, maybe even with the new deed, that passes it to us. Then we could send all into in the county ans ask them to record the quick claim deed first. Thoughts? When acquired a title agent to help, they just want to close the whole deal and won’t do this little part. These are within our first ten deals however, we are seeing many of the them and we would like to be able to know how to do this. Thanks in advance.”

We’ve done this before too, so-

Jill:                        I know that we all want to really trust and believe that the county is always a 100% right, where whoever answers the phone, they may not be … they may not have been there that long and … won’t even really go there. Here’s how you solve this. Cause Jack and I do it all the time. I will buy properties from one person or one entity, like maybe I’m buying twenty five at one time, but not I’m going try and sell twenty five. Then I’m not going to have it recorded twenty five times, ’cause Jack and I’ve bought properties-

Jill:                        One thousand recorded deeds times 25 dollars is a lot of money. We’re not doing that. To record each one individually. So, no. But when I turn and sell it, I’m only selling one out of that group, which is correct, so they don’t need to do anything, you just need to do one deed showing that one line item, that one property with the proper legal description, it’s the one that’s being now sold to you. And transferred to you.

Jack:                     Here’s where the confusion happens … we get this question a lot. When you go register a car with a title, you can’t put two cars on one title, right? Well, you can with real estate. You can put 300 properties, a thousand properties, two properties on one single deed. And then, sell them with-

Today’s topic … this is the meat of the show, by the way. Everybody loves cheap real estate. Jill and I, over the years, have had to fictitiously make up what we do for a living every time we go to a cocktail party or a dinner party, because we have to then answer all these questions, like “what do you mean I can buy a house for way less than it’s worth?” [crosstalk 00:03:27]

Jill:                        Well, I think the bottom line is, it’s something that everybody is interested in. I don’t care who you are, buying an asset like this especially, for way less than retail, piques everybody’s interest.

Jill:                        You’re a little old lady grandma and it piques your interest. Like “What do you mean I can buy the ranch next door for way less?” “Yeah, you can.” So that’s … that I think is what starts it. And then, what happens is they don’t … understanding and grasping that it really exists …. then they have all these questions about the process, and it’s just like, “oh, no”-

If I went to a dinner party and somebody said “You know, want we do, we buy diamonds for half.”

Jill:                        There’s a safety and securance, having a piece of land that you could put a fence around and stand in the middle and no one can bother you, vs. even having a very … full to rim with gold safe. Having that in your closet. There’s some thing different … you’re right, it triggers something in all of us that’s very safe, I think, secure, comforting, knowing that-

Here’s some of the conversations I’ve had other the years with people … some quirky stuff about the business ran and about land and real estate.

“Well, you never … in this country, you never really own land, because you have to pay taxes.  You don’t really own it.  The government really owns it.”  That’s malarkey.

Here’s another one: “Why are you badgering these poor people and sending them offers …. you’re extorting them”.

Houses too: “Thank you so much for sending a letter, we just didn’t know what we were going to do. We need this money.”

Jack:                     Here’s the thing about it, and Jill’s a huge stickler on this. We don’t send them a letter that says “We’re going to foreclose on your house and you’re a terrible, terrible person for this.” No. We send a respectful letter that says, “We’d like to pay to 80 or 90 thousand bucks for your 120 thousand dollar house. We know it’s worth 120, you know it’s worth 120, but think of this as a check cashing company, and if you want to get out of it real fast and not have to fix the plumbing and the whole thing, we’ll get cash out on Thursday. Very respectfully. If you don’t want to do the deal, I totally understand, I’ve got nineteen more right below your … piece of paper here on my desk.”

Jack:                     Everybody … on all sides of every deal that we do, loves the transaction or they don’t do it. We are not shy to absolutely walk away from a deal because there’s … for some reason uncomfortable.

So once in a while, we get a couple of call … we get a call from an angry son that says “You sent my elderly mother a letter. You’re trying to take advantage of her.” I usually get involved … we have people answering our phones and all that stuff and that happens. I get involved and I calm the guy down. Because I don’t want anyone to think that ever.

Jill:                        They think that you have to … because some of the people I know in our world have been told by individuals that you better be a good writer and you better know how to describe the property well and do all the stuff … or it’s not going to sell. Which is so not true, it’s not even funny.

Jack:                     Even during the worst downturn, you just buy it cheaper and sell it cheaper. The whole thing moves down. Right now we are in what I think is a pretty serious peak in the market … the economy all the way around. We’ve never paid more and we’ve never sold it for more. You just adjust. I love cheap real estate. All of it. I love it.

I don’t like office buildings. Everybody’s got a thing.  I don’t know why. I just don’t. I love apartment buildings, residential houses-

I have bought wine … I have poured wine down the sink-

Join us in another episode, where we are probably going to talk about something a little bit more substantial than this. That’s information.

That wine thing’s a crack up.

Jack:                     Yeah, …. there’s nothing better than buying cheap stuff. I’ve been in a lot of businesses in the past where you buy inexpensive … things that are less than the value of the … what you sell them for and there’s just nothing like real estate. I don’t know why. You don’t have to ship anything, first of all, which is really helpful. Except paper.

How to Market and Sell Snow-Covered Land (LA 1116) 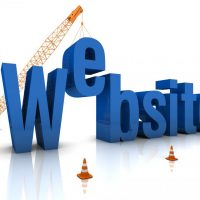 Getting Prepared for Sales Before Sending Offers (CFFL 322)

Land Investing is Not Sexy but Money Sure is (LA 892)