One Deal Leads to Ten Leads to One Hundred (CFFL 584)

One Deal Leads to Ten Leads to One Hundred (CFFL 584)

Jack Butala:                       Welcome to the show. In this episode, Jill and I talk about how one deal leads to 10 and leads to 100. Before we get into it though let’s take a question posted by one of our members on the landinvestors.com online community It’s Free.

Jill DeWit:                           Okay. Chris asks, “I’ve been receiving calls from some letters I mailed three or more years ago seeing if someone to purchase their property. I was wondering how to handle these type of offers. Do you still make an offer? Do I ask has anyone else reached out to them? Or do I pass because it took them this long to get back to me, and will take them even longer to make a choice to sell?

Jill DeWit:                           So, now they are calling you back, and the first thing, which I love these calls. Every time this happens we have some … 10, 12, 15 years ago, it’s so funny. And the first thing is, “Oh my gosh you guys are still there.” It’s funny because there’s a phone number and I’m gonna call it, and you know that they’re surprised that somebody is still around. Yeah. What do you have? And we’ll get the information, and then you know what? If it meets my criteria I’m still gonna buy it. Now the truth for us is the properties that I was purchasing 15 years ago and the transactions I’m doing today are often … they are usually very different.

I’m really not interested in a one, two, three, four, five thousand dollar property. A $100,000 property I am but doesn’t mean I don’t talk to these people too. I wanna get that information and I’m always gonna ask them too what else they have because what if this person, even though I sent them an offer on one, they own half of the mobile home park? I uncover that. Now it meets my criteria and I still might act on it.

Jill DeWit:                           Yep, and they know too by the way … and I don’t see it as any sign that they are gonna take six years or six months to pull the trigger at this point. Honestly, Chris, I don’t care. So, here’s a conversation I would do if I were you. Yes, I’m still here. What do you have? And then this is your opportunity for you to go, “In that area, the properties are kinda worth this so I would pay x.” And they are either gonna say yes right now or they’re gonna think about it, or they’re gonna say no. One of those things is gonna happen. Probably gonna be yes or they’re gonna think about it because they are now serious about it in reaching out to you. They’re not just calling you because they’re now going through their mail and they call everybody who sends them a letter. No, they are obviously interested in selling. That’s your thing to decide, and then I move on.

Jack Butala:                       I said this a million times and it’s worth saying it again. What we’re looking for is not a piece of real estate. What we’re looking for is circumstance, and if you talk to anybody who sends letters out they’ll tell you immediately, “Oh yeah. You’re right.” It’s always a circumstance that leads somebody to sell their property, the assets and stuff. Don’t spend as much time on the actual piece of real estate. Spend more time as an amateur psychologist and you’re gonna do great, on the buy side anyway. Sell side, totally different. It’s all about the asset.

Jack Butala:                       This is the meat of the show. I’ve said … Earlier this week I used that whole cleaning out the closet analogy. I’ll say it again real quickly. Recently I went to look for an old fishing pole and I went into the closet and it was just a disaster in there. So, what did I do? I cleaned out the closet so this never happens again. And that application of solving a problem carries into everything in companies. You don’t just look for the fishing pole and reach back through there, all the garbage, and pull it out balancing on your tip toe and pull the thing out so you can use it. You solve the problem so that it doesn’t get lost ever again. You solve the missing fishing pole problem. So, that’s what how you get from one deal to ten deals to a hundred to a thousand.

You get that first deal under your belt and you’re gonna know at that point whether this is something that you want to do, which is why Jill and I used to give away property. To kinda get …

Jack Butala:                       This is the ninth show we just recorded. Anyway, so, one deal. And once you get that one deal done either you’re into it or you’re not. Get to 10 deals, and if you have what it takes to get to 10 deals you have the cleaning out the closet mentality. Where you’re not just getting that next deal down. It’s not just hand and mouth. You’re putting together a system to get multiple deals done at once. And now your learning which types of deals are better, houses or land. Which state’s better. Which county. That’s how you’re gonna get to 10 deals, and then that times 10 gets you to 100. Go ahead, Jill.

Jack Butala:                       One-offs. You have a system where the mail goes out and you’re planning. You can set your calendar by the calls are gonna come in this week. Then next week it’s gonna be a little quiet. Then the week after that the mail’s all gonna come back signed.

Jack Butala:                       People call it automation but I don’t like that. Automation has this lack of responsibility to it. You press the machine and it starts and you walk away and go to bed. It’s systematizing it.

Jill DeWit:                           Doing the pricing. Picking the county and working with the data. There are some things you should not outsource because the risk of mistakes is too high. But putting it into mail merge and getting the mail out that’s nothing you should be doing. Handwriting letters, heck no. Sorry, I almost started to say that. Answering every single phone call you don’t need to be doing that if you wanna do that, but the initial wave of calls you don’t need to bad calls.

Jack Butala:                       No. You shouldn’t really close your deals anymore after a certain point. You should have somebody else do it. We’re lucky in this business because you can say, “Alright, it costs $500 bucks to close a deal front and back. I’m just gonna buy more expensive property then and pay for that so I don’t have to do it anymore.” That’s what I’m saying about between deal 10 and 100 you’re working these things out. You’re making these decisions and you’re saying, “Yeah, it turns out I really don’t like to negotiate deals” or “Yeah, it turns out I really am a data person and I love that, so I’m gonna get a partner.” Like I did. I got you to handle some of the people part of this business. It’s substantial. And then after 100, you turn into us where it becomes thousands and thousands of deals.

Jack Butala:                       Join us in the next episode where we discuss how Jack/Jill prepare for the economic downturb. It’s inevitable. It’s not the most fun conversation, but it will come at some point. Not too soon, but it’ll be here.

You are not alone in your real estate ambition. Good show. 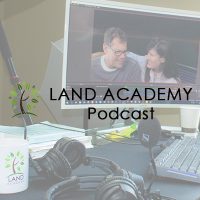 Power in Numbers and Support (LA 853)

How to Gauge a Successful Offer Campaign (CFFL 381)