by Jason Cochard for Land Academy

Some of you know that I come from a film making background and that I’ve been working on a live-to-tape television show for a decade. The rise of online video has conveniently dovetailed my existing skill set and domain knowledge into the most powerful marketing force in human history, targeted advertising via social media. Today, it’s more important than ever to have some form of social media video presence for your brand. At first it was websites because dollar-for-dollar it increased your reach beyond traditional advertising. Then it was search, because prospects are highly qualified after having self-qualified by searching for your search terms. Then it was social media, but you probably didn’t understand its power or usefulness at first. Now, the demographics targeting of social media is well-understood. So now it’s all about targeted social video. In fact, video is so pervasive that I would actually venture to say that video will soon become more important than your owned & operated website, if it isn’t already. Good thing I’ve been making videos since 1996.
Think about your last sales-side tire kicker call. Don’t you get them too? People calling asking specific questions of you that are very clear in your listing? For certain callers, it’s probably become obvious to you that they simply aren’t reading any words in your listings. It’s like they are decent at scanning through your written material and gaining a baseline understanding of, “Hey, this seems like a real property for sale,” but the bulk of the information content is not in their head when they call you. Right? And, these are specifically the kinds of calls you probably don’t outsource. Well, those same callers who didn’t read your written post are going to pay a ton of attention to the same information in video form, so a video will be a great thing to point them to when they call with redundant questions you’ve already answered.
Here’s all you have to do: 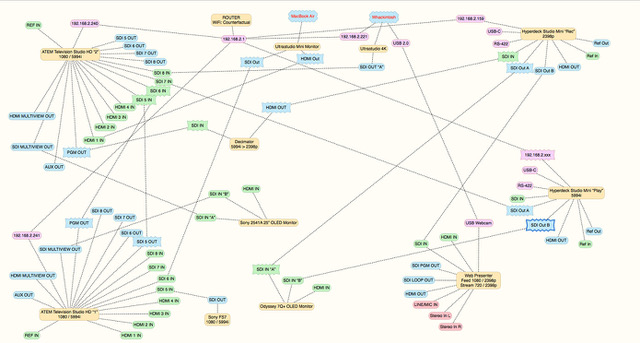 Got it? Yeah, I thought not. This isn’t for the fainthearted — let’s be clear about that right now.
That photo above is the wiring diagram for my video studio, and admittedly mine is somewhat overbuilt. And, the photo is an early version that doesn’t actually represent the full amount of gear connected to the hive mind.
My studio enables me to originate video from cameras, computer screens, live playback, pre-recorded video files, and of course still frames. Used in concert, all of these enable me — or an employee — to create a bunch of pre-recorded content from different sources, arrange it all according to a script, and play it all back on time and on cue, coordinated with me standing in front of a camera reading a script on my teleprompter, and a “line cut” is recorded to a memory card. This is a basic “live-to-tape” workflow.
This isn’t the only way of making a video, but it’s a very efficient way of creating video that has repeatable, predictable inputs and requires the least amount of time in post-production. Specifically because you do your post in pre-production. So that, again, when you stand there reading the script, all the elements pop onto the screen at the right time, coordinated by an employee you’ve trained to run the equipment. When you’re done reading through script, you can upload. If you get really good, you can “do it live” — just try not to go full O’Reilly. And never go full retard.
The first thing you need to understand if you’re doing this style of video is where all your video and audio signals are going, so that when something gets unplugged, you know exactly where it goes without wasting time. Tip: label both ends of every cable with a unique naming convention, and put those labels into your wiring diagram. That way you can unplug everything, move everything, and then re-assemble if needed, with just your wiring diagram as a reference. Stay in sync too. If you change something in real life, change it in your wiring diagram, and vice versa. If you’re not going to stay in sync on this, it makes no sense to ever get this organized at all. Once you don’t know where one cable goes, you will be unconfident on every cable, and that’s a waste of time. But because this wiring is complex and substantially confusing, no one expects it to stick in your head unless you’re Rain Man, but that’s why you should always stay in sync with something that provides confidence.
My components:
CONTROL ROOM

(1) green screen
Each of my parcels gets a sales video — I’ve sometimes heard these described as a “video sales letter.” It’s a video that gets embedded on the parcel detail page of my website, and hosted on YouTube to continue the traffic-generating feedback loop. It’s important to be repeatable and specific with your technical format, so that you can outsource exact tasks.
For my per-parcel sales videos, here’s how I make them. Once I know a parcel is going to be acquired, gathering and creating relevant clips begins. Map view stills from ParcelFact; Google Earth flyovers from the computer screen; video of me browsing relevant land on FSBO sites for comps; photos and drone video from the parcel; graphics with relevant information (make a template so it’s easy to execute and to predict).
All of that is arranged according to a “rundown.” Which is a list of the technical things that happen in a specific order. Does your show begin with a company logo, and then do a half-second dissolve to a graphic that contains an episode title? Great detail, put it in your rundown so you can communicate it to an employee via shorthand. A rundown is typically separate from your script, but in my own situation, I combine them.

My rundown is a spreadsheet, and it’s in Google specifically, so that multiple users can follow along and make comments and set statuses, such as a person who follows along as I read and marks a section “complete” or “flubbed” or “technical error” or whatever other status I want to be able to track. One person can listen to me and enter that on the sheet, but the same person can’t also do the video switching because that’s a position that takes up all available human bandwidth while it’s happening at the speeds my videos happen at. In the rundown, I have a column for the script, and any technically-uninterrupted chunk of my script goes into a single cell. What’s that? It’s something I say that doesn’t have any technical changes happening. That little “picture-in-picture” box over my shoulder doesn’t move or change its content during an uninterrupted section of the script. For that particular row, there’s other columns describing the position/size of that box, what content is inside it, and what the source is for that content.
With a solid rundown template in place for a given show format, I create any given episode’s rundown by dissecting my script while visualizing how I want that section to look/feel, splitting the chunks into rows. Then, it’s easy to fill in the blanks, even before the clips are finished being gathered or created. Your rundown is perfect to communicate the requirements to the employee(s) creating each chunk of content, and you can use conditional formatting and a drop down menu to highlight finished/unfinished status. Side note: don’t attempt anything in this article if you don’t know how to enumerate and place a dropdown menu into a spreadsheet — a video studio will bury you. 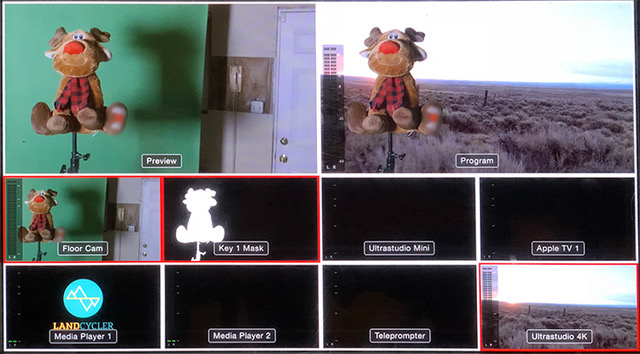 While I stand in front of the camera and read the script, I use a teleprompter controlled by an iPhone in my hand, which controls an iPad attached to the teleprompter hood. That way, I am in control of going back and re-speaking a certain section of script, assuming I make a mistake I don’t want to live with. I give my “control room” personnel a different iPad, which is also controlled by my phone, so they can stay in sync, referencing the rundown to know what content is relevant at any specific point in the script. If I “rewind” and go back to an earlier section, they can set the technical configuration to that section.
This starts out as a disaster but with time, your coordination will get better. In fact, it’s a disaster on the first rehearsal of a professional show, too. We sometimes call it a “stumble-through” rehearsal. Technical cues are timed wrong, the script is being heard out loud for the first time. Things are revised and made slightly more clear. Another rehearsal or two and you can put it in front of an audience. For our purposes, each rehearsal should probably be recorded, because you’ll probably get at least some things right the first time (we call that shooting the rehearsal).
Bottom line, the effort you put in at this stage of an episode (for a video sales letter style video, at least) will decrease confusion in your buyers, ideally eliminating tire-kicker calls.
The effort and investment you put into your content studio can be daunting and overwhelming. But with what I’ve shared today, I hope you’ve been able to see exactly how, and what, to outsource within this process. There you go, that’s how to scale a content operation. 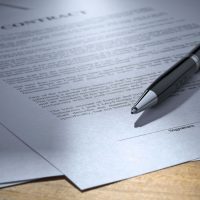 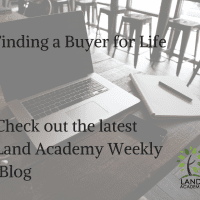 Finding a Buyer for Life 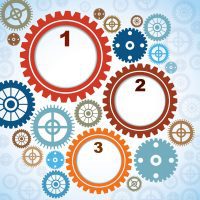 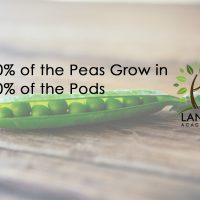