Seth Williams:                    Yeah, it’s VidSummit. So just checking it out, seeing some famous YouTubers that we’ve been following for a while and just seeing what we can learn about video.

Seth Williams:                    Yeah, I did. I learned a lot about authenticity on camera and how to be genuinely helpful and just good insight … Stuff I think I sort of knew intuitively, but it was just good to get reminders about a lot of it.

Steven Butala:                   Jill and I, I think we talked about this a little bit before the show. Whenever we go to these conferences, these professional conferences, I either walk away saying “I’m never going to go to this again. It’s totally below me,” or, “Man I can’t wait to go next year because I didn’t have any idea that this is what is possible.” The last conference that I went to where I’m like, “Man, I’m going to go to this next year,” was a tax lien foreclosure conference in Las Vegas, and then he stopped doing it. He retired, the guy that was holding it. But I was like, “I can’t wait to get out of here and go actually implement this,” which we did. I did. This is before I met you or before you were involved. And now we’re still doing it. We’re still implementing tax lien foreclosures.

Seth Williams:                    This is my first time actually walking outside of the terminal and seeing the city. So we were here for about two and a half days and really the most that I saw was the Griffith Observatory-

Steven Butala:                   It’s a big joke because our internet in the studio doesn’t work right now because for some reason we didn’t pay the bill. So Seth now thinks this is just a big house of cards.

Steven Butala:                   Jill, what question have you always wanted to ask Seth that you’ve just never been able to ask him, let’s say some stuff about Mark Podolsky that’s just awful?

Seth Williams:                    Yeah, yeah I am. But it kind of came after figuring out how to find deals, how to use direct mail. A lot of stuff that before I understood that, it was a really long hard road. But land was kind of the first foray into understanding, “How do you do all that?” And it made a lot of sense and I was able to get results. So that was back in 2008 and at the time it was kind of a crazy time in real estate. Prior to that real estate prices were crazy high and then after that they were crazy low because of the recession. And it was an interesting time for sure to be involved in the real estate world.

Jill DeWit:                            Oh yes, yeah. We’ve been, well since the 90s and then I came along … shucks, right about that time dove back in. I started here in Southern California working for some developers, that’s how I really got into it. And then even just growing up here, I watched my dad and he was a pilot and he flew for these guys. And I’m like, “Who are these people?” And it was all real estate related. So I kind of knew what was going on and I watched him do deals and work with like I said, those developers, and then got out of it for awhile because I was 20 and silly, wanting to just travel … And then met up with Steven and here we are. So it all came naturally to me too. I’m like, “I got this.”

Steven Butala:                   It wrecked me for life because everybody that works for us or works with us in any partnership way or anything, I expect them to know everything immediately.

Steven Butala:                   We recently hired somebody in the transaction coordinator position who is a lifelong real estate professional who had absolutely no idea how to do the deals the way we do them. After a week she said, “There’s just no way I can do this.”

Seth Williams:                    Yeah, I think a lot of things can be simple if that’s the only thing you focus on, if you really take time to obsess about that and understand every possible angle. But I do agree. Just like in the real estate realm, land is by far simpler than anything else I’ve ever explored. So that’s not to say it doesn’t have its little issues here and there, but comparatively speaking it’s way easier to figure out, I think.

Steven Butala:                   I cut my teeth on buying and selling or brokering hospitals and post acute hospitals. After you got a surgery, you go to this … There’s nothing more complicated than that. It takes a year to do the deal and all kinds of government rags and stuff, so I went from that. I left that going, “There’s got to be an easier way.”

Seth Williams:                    And that was a nightmare, just trying to get the government to understand what you’re trying to do and they think of every possible way to make it harder, and I agree.

Steven Butala:                   I remember talking to you for some reason when you left that job and that had to be hard. That comes with a pension and stuff and a retirement, that job?

Seth Williams:                    No. I mean, I wasn’t working directly for the government. Basically the company I was with, the SBA was outsourcing the work to them. So no, I did not have the nice pension.

Seth Williams:                    Psychologically for my personality, it was hard to walk away from a paycheck. But I very quickly got over that and realized I should’ve done it a long time ago.

Steven Butala:                   So Seth, we’re both from Michigan. I just think this is like a Candyland, Disneyland scenario out here. Is that your impression? They came out here like, “I didn’t know people live like this. This is ridiculous. Nothing’s getting done.”

Seth Williams:                    Yeah. We’ve spent the past few days now just saying over and over again, “LA is just so awesome.” I mean, the weather obviously is huge and this kind of stuff behind us is really great. But yeah, it’s a great place. I understand even with tax stuff and cost of living, I get why there’s so many people here. It’s not a mystery.

Jill DeWit:                            But you know what’s interesting, we have found even just from Arizona, everybody does joke about, “Do you guys even do any work, because it looks like all you guys do is goof off.” But there’s two things: the level of talent and employees and stuff that we have out here is awesome, and then two, you want to be a part of this. It’s like playing up to a team. When you’re in a sport and you play a tougher team, you up your level. I swear we have upped ourselves-

Steven Butala:                   I don’t think we’ll ever reach the limits of the talent here, I mean socially and professionally. I don’t know if we’ve talked about it on the air but since we moved into this house, just the people that are around us, we’ve got a neighbor who now is actively involved in financing everything.

Seth Williams:                    Man, I mean other than the land deals I’m doing and growing retipster.com, I’m trying to get into some sort of commercial space in some way. I’ve been looking at self storage facilities. I don’t know that that’s for sure the way I’ll go, but there’s a lot of benefits that come with that package that I like. A lot of things I’m still trying to figure out, but it’s very appealing to me. So yeah, just want to continue growing the online community and try and provide value to people that are looking for that kind of content. I don’t know that we have a super clear five year roadmap or anything, but it’s probably a lot like you guys, just want to keep expanding and doing more of the stuff that we love to do.

Steven Butala:                   Halfway through the show. Self storage is really, really intriguing. It’s kind of like having 150 rental houses in one little area with zero maintenance. So when you really run the numbers it’s fantastic. I’ll turn my phone off too.

Steven Butala:                   [crosstalk 00:13:12] shows. So I’m trying to think back on how many times that I’ve screwed up stuff from a technical standpoint where yeah, this is going to be audio only. We actually have a full-time camera guy and post production guy. His name’s Daniel and I asked him about two months ago to make a trailer that’s an hour long, a video. So when this stuff happens-

Steven Butala:                   I mean let’s just say for the sake of argument you can get a hundred dollars a month of profit out of a storage unit when you really think about that. It’s like trailer parks: the talent’s not developing it or putting it all together because that’s easy. Everybody … Not everybody, but for a group like ours it’s not that hard to come up with. The talent is keeping it full. 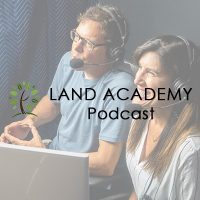 Signs That You Need a Transaction Manager (CFFL 0130)