Steven Butala:                   Before we get into it though, let’s take a question posted by one of our members on the landinvestors.com online community. It’s free.

Steven Butala:                   So here’s the thing. There’s this website called governmentauction.com. It’s owned by, or it used to be owned by, I’m not sure now who owns it, a guy named Paul Sebasky. And so he calls it government auction but it has nothing to do with the government. That’s just the name of his company. And he’s been around since longer than I have. So he actually, before the internet would do live auction sales. So he would spend a tremendous amount of money on advertising, get a bunch of people in a room, and again, because there was no internet way to do this, auction off property with terms and the whole thing. It’s very, very successful. He was only like one or two or three or four people in the whole country that was doing it. And he’d travel around doing it, buying property the same way we do.

Steven Butala:                   So just be careful about that. That’s a piece of old school information. You may not be buying property from the government, you may be buying it from him or somebody else that is using that word. I think the real question that you’re asking is, “Is it okay to buy back tax property?” And the answer is we’ve made a career out of that. It doesn’t hold a candle to buying property the way that we do with sending out direct mail. In fact, as a percentage, I bet 95% of the property we buy is through direct mail. Land and houses. The other 5% is either back tax deeds or foreclosing on tax liens.

Steven Butala:                   And that’s all land. In all of my experience it’s near impossible, contrary to the late night infomercial, buying houses for back tax. There’s just too much competition and it’s too laborious to get through these tens of thousands of units of lists to find that one little gold nugget. You know, there’s just a better way. So I could do a whole podcast, not an episode on this topic. I’m pretty well versed in buying back tax property all over the country, actually. So yeah, if that interests you for whatever reason, there’s a lot to it. It’s very brainy and very time consuming. And really when I say this, seriously, please take me seriously back. Buying back tax property is a great compliment to sending out mail. It’s not the other way.

Jill DeWit:                            I was going to add too, because we’ve talked about this often, some people worry that, “Well gosh, if I do this, I’ve got this treasurer’s deed, I go to sell it, now can they get title insurance on it?” And there are companies out there that specialize in this so the answer’s yes. They can help you do that. So people can use it and love it and build on it, whatever they want to do in the normal way.

Steven Butala:                   The negative vibe or the negative connotation that goes on with back tax property is slowly but surely, because of the internet and the tools that Jill was talking about, going away. Which is good.

Jill DeWit:                            And it’s not just me, there’s so many members that we talk about like in our own community, like, “Yep, I sold that one the day after Christmas. I think I sold that one on Christmas.” And I have my own little theory as to why I think it happens, and I’ll share that actually. Especially between Christmas and New Year’s, a lot of people have time off. They’re on the computer. They’re staring at the snow. They’re dreaming of other things. The family, the kids are driving them nuts. You know what I mean? And now they might be ready to pull the trigger on something.

Jill DeWit:                            So it’s comical how you think it’s not going to happen, but it does. So here’s my advice. And I was just thinking about this for the show, and actually, my team’s not using it to our best advantage as we could, so I’m sharing this with you and everybody, including my staff. We need to all use this to our advantage. Why are we not having a Black Friday land sale? What’s wrong with that?

Steven Butala:                   I think it’s the greatest thing ever. I mean, you know, the Norman Rockwell version of holidays is for some people, but I think honestly it’s definitely from a numbers standpoint, the minority of people, minority number of people have that kind of holiday. I think there’s tons and tons of people scouring the internet. This isn’t my theory, I just read that all over the world, that Black Friday is the highest sales from a dollar standpoint, sales day for everything, real estate included, of the rest of the year. So no, I’ve had a tremendous amount of luck buying and selling property during that holiday period.

Steven Butala:                   All the type AAA people that I know, entrepreneurs and stuff, they don’t take a day off during the holidays. They might take a few hours off and hang out and do some stuff, but they’re still kind of working. You know? All through the weekends I’d work. I wouldn’t call it like sitting down on a desk working and buying real estate, but I do research for new companies or whatever. So I think there’s a lot of people that if you just push them a little bit, like with the sales and stuff that Jill’s talking about, it’s going to work.

Jill DeWit:                            I wonder how many people listening have the same thing going on in their household as in mine. Is there always a laptop on your couch plugged in, because at that moment that your partner wants to just pick it up and do some research, do you find yourself watching Shark Tank and trying to reach out to people on that show and say, “We’re hiring that guy.”

Steven Butala:                   Seasonality and holidays and all this stuff, to real entrepreneurs just don’t matter. You’re going to find a way. Forget about land and real estate, but whatever you’re working on, if it’s in your soul, this is going to happen for you. So I don’t think the seasonality matters. As far as your customers go, for like land buying customers and house buying customers, they’re probably the same way. If you’re truly wholesaling like we are and you’re not going to the consumer, selling to the end user or consumer, these people are all just as nuts as you are. And me. I put myself completely in that group.

Steven Butala:                   Jill does not… She used to, but she does not now put an apron on, put her hair up, put some soft music on in the kitchen and bake some pies and spend a couple of days in there before Christmas. Trust me. In fact, the reality is, because of our family and how it’s all structured, we don’t even have the holidays on the day we’re supposed to have it. Because it’s just the kids aren’t in town. They’re not in town the next week.

Steven Butala:                   So tomorrow, which is Tuesday, if you’re wondering where the Land Academy Show is, it’s the House Academy Show. And all you need to do is keyword search “House Academy” wherever you have it all linked up into your phone, or however you listen to the podcast or watch YouTube. It’s on a separate channel, but the show is there at the same time.

Steven Butala:                   Yeah, the most successful people in our group use both product types to overlap their product lines, in conjunction with each other kind of thing. So join us next time on the House Academy Show for the episode called, Deals we are Doing Today, by Jill.

Land Investors Take Their Foot Off the Gas (CFFL 0191)

Our Members Love Mixed Mailers Here is Why (CFFL 0178) 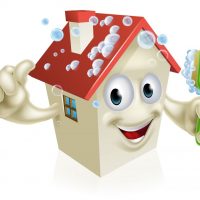