Jack Butala:  New Years Eve Episode. Every single month we give away a property for free. It’s super simple to qualify. Two simple steps. Leave us your feedback for this podcast on iTunes and number two, get the free ebook at landacademy.com, you don’t even have to read it. Thanks for listening.

Jack Butala:                   I know this has got the promise to be one of the best episodes because it’s not so much now, anymore, because 2015 is the year we started Land Academy, or the year that we kind of institutionalized it, and made a program available. Now, we celebrating the success of our members, not just our own success in real estate, so I get a huge kick out of that.

Jack Butala:                   What a reward. I used to think that when I started in the business it was always about revenue and revenue goals. We’ve long since accomplished that, and certainly accomplished it in 2015 at LandStay just  in real estate. Now, my whole thing is, “Let’s get other people, let’s spread the word.”

Jill DeWit:                            As it stands right now, with LandStay, I ‘m so low on inventory I can’t stand it. It’s hilarious. Things are … it’s like it’s flying off the shelves. Things, the economy is clearly doing great. People are buying land. They are so excited. It’s amazing, the response and the numbers and where I stand with that. It’s wonderful, so that’s big for me.

Jack Butala:                   I personally, you know this, Jill, I’m personally taking on this project. We could hire some, this all out and everything. I am personally going to oversee this because I’m that excited about it. I think it’s something too, that we can share. If it ends up that we do sell a lot more property because of this, because it’s so easy to purchase it for our buyers, then it’s something that we’ll teach.

Jack Butala:                   Yeah, and it used to be all about revenue, but I’ve said this before, I should probably write a whole blog about it. I will actually. After $20,000 a month that’s it. I’ve always had in my head, even when I started out back when, after 20, and obviously no debt in any way, we have no debt. Not even mortgage debt. When you have no debt like that, nothing hanging over your head, and you’re making 20 Grand a month after tax, and I don’t mean like salary money. I just mean, you know what I mean.

Jack Butala:                   I think that’s, you know, that, you can stop talking about money then. We really, that’s it, we don’t really talk about that any more. All the extra money just goes to like savings accounts and stuff.

Jack Butala:                   Warren Buffett has a great saying. He’s had a million great sayings, but one sticks out right now in my head. He said, “All the bad financial decisions I’ve made in my life were when I had a pocket full of cash.”

Jack Butala:                   Yeah, so we’re releasing a data pack. We’re calling it The Data Package, but it’s a lot more than that. It’s a membership based situation where you have access with username that we provide, access to the exact data that we have, for much, much less than you could if you just walked in and bought the data on your own, which a lot of our members are doing right now. I’m sure that they’ll transfer over because it’s just way cheaper.

Jack Butala:                   Also, we have aligned ourselves with two mail merge mailing companies that are, same situation, making it way cheaper than if you just walked up off the street. Our members are running out of excuses for being successful. 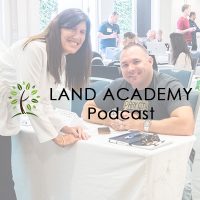 How to buy and sell Land with Justin Sliva (LA 866)