Why Our Data2DoorStep Product is So Popular

Jack Butala: Why Our Data2DoorStep Product is So Popular. Every Single month we give away a property for free. It’s super simple to qualify. Two simple steps. Leave us your feedback for this podcast on iTunes and number two, get the free ebook at landacademy.com, you don’t even have to read it. Thanks for listening.

Jack Butala:                   Jack Butala here for Land Academy. Welcome to our Cash Flow from Land show. In this episode, Jill and I talk about our Data2DoorStep product and its success. Jill, this is a celebration episode, actually. I can’t wait to talk to you about this, but before we do, let’s take a question from a caller.

Jill DeWit:                            Exactly. It’s the people that leave notes that your weeds are getting too long, or your garage door’s open too long, or you should have your trash bins in. That kind of thing is what I remember. Even for some properties where they’re undeveloped, it still might be in an HOA. Don’t find them a whole lot, but some of the subdivisions that we buy and sell property in, they’re there.

You know what? Does not make a difference to me. It’s just a fact, and like Steven said, you love it or you hate it. Some people love it, because they know that it makes sure the property’s going to look good and retain its value. That’s the ultimate goal, I think, is why they do those things.

Jill DeWit:                            There might be extra fees involved because you’re in an HOA situation, a homeowners association situation, but that shouldn’t deter you at all. All you do, when you buy it, just make sure you check the fees and make sure they’re current, or at least have an idea where they stand. Then when you sell it, make sure that you properly share all that information with your buyer, as well.

Jack Butala:                   No, I think it’s totally okay to buy a property where there’s an HOA. Like I said, people either love it or they hate it. A lot of times, with land, there’s recreation use only HOAs, so you never build on it, you just camp on it or you park an RV. They usually have boat access that’s around water. I’m sure Stan from Minnesota, here, is asking because … I’m not sure, but because there’s so many lakes in that area, there’s a good chance that it’s a rec-only. I wouldn’t be afraid of it at all.

Jack Butala:                   Yesterday was, here in Scottsdale, Arizona, Parada del Sol. It’s an annual event that celebrates the postal service, the old Pony Express postal service. It’s a parade. We hit it a little hard, both of us.

Jack Butala:                   Here’s the good news. All day long, we launched Data2DoorStep. It’s a product where … We’re a licensed provider of CoreLogic’s real estate data. It’s, in my opinion, the best data in the world for real estate investors. All day, our phones were … We were celebrating all day yesterday.

Jill DeWit:                            It’s perfect. You know what? I was going to just tie into that, I think some of the people are finding us because also Seth Williams, he wrote a great article on the value of good data. He went and compared Agent 24/7, all the top list source, all the top things, and if you look down, just scrolling down the article, there is the CoreLogic request.

He mentions us in there, too, because you can, you can get a discounted rate through us. I think it was a great article. I really like it, because he wrote all the pros and cons of all the different ones. It was awesome.

Jill DeWit:                            Yeah, even flippers. I have them. You’re right, I want … That’s the whole thing, especially for flippers. They know. You have to find the deal before it’s advertised, period. Before it’s on the MLS, before anything. You need to have the deal, otherwise it’s too late. The only way to get the deal is to reach the sellers, and this is the best way. They love it.

I’d say flippers are loving it, agents are loving it. I’ve had a few people that are in our program because they want to buy their dream vacation home, and this is a way for them to send out the letters in the areas that they like, and get motivated sellers calling them back, and then they can decide which properties they want.

Jack Butala:                   We’re getting story after story after story of people e-mailing us saying, “I didn’t use it specifically for the Land Academy program, but I used it for getting agents, to get listings.” There’s one other … Somebody just joined that’s an acquisition person for a real-estate investment trust.

Jill DeWit:                            Totally. When there’s a little bit of interest from somebody, and watching it unfold. Oh, my gosh, yes. Which I didn’t tell you, by the way. Last night … They started texting yesterday. Late last night, when we were all still out, he texted her and all it said was “Kelly!” with an exclamation point. I’m not kidding. Wherever the guy was, he obviously was meeting the wrong girls and so he reached out to our girl, and that was so cute.

Jack Butala:                   I ran into a buddy of mine that I haven’t seen in a long time. He inherited a trailer park. His grandmother died. His grandfather has passed away a long time ago, but his grandmother recently passed away, and the grandfather was a pretty serious real estate investor. He owned a lot of apartment buildings, all different types of income-producing real estate. All the grandkids got one of the pieces of property, and he got a trailer park. He’s done. He’s completely paid for. It’s 450 slots in California. He’s just done.

Jack Butala:                   It all made sense to me, because he’s always been that kind of guy. He knew this was going to happen. That’s the worst thing you can do is tell your grandkids, “You’re going to get something.” From the time they’re ten years old, they’re like, “Yeah, I really don’t have to work.”

Jack Butala:                   It all came to me yesterday. I’m like, “That’s what’s going on with this guy.” He’s a land acquisition guy for a huge real estate … A new home developer, publicly traded new home … New construction out here is huge. No, he kept his job and he loves it. He loves his job.

Jack Butala:                   I respect the mail carrying part of it, and the tradition and all that. It’s the marching bands and the horse manure baking in the sun. It’s stuff like that, and the petting zoo.

Jack Butala:                   Hey, if you ever get a chance to get to Scottsdale, you got to go to a little place called the Rusty Spur. It’s not one of my favorite places, but it’s kind of iconic. It’s literally in Old Town Scottsdale. It was literally the bank. If you can picture it in a western … The bank vault is still there, which they use as a storeroom. It’s just a bar. There’s no food at all. They have a country music band and all that stuff there all the time. It’s a lot of fun.

Jack Butala:   Hey, join us in another episode where Jill and I discuss your all-important success in land investment and in life. 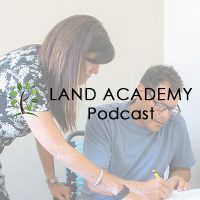 3 Simple Systems in Place Before You Send Offers (LA 960)