Jack Explains How to Select a Great Deal (CFFL 451)

Jack Explains How to Select a Great Deal (CFFL 451)

Jack Butala:                       If you’ve got a bunch of signed offers staring at you because you did everything right and sent a massive campaign out and you’re staring at 10 deals, how do you select the best one? Believe it or not, it’s not going to be the most profitable one, I’ll tell you. Before we get into it, like I just did, let’s take a question posted by one of our members on the landinvestors.com online community. It’s free.

Jack Butala:                       If you’re new, you don’t want to be wrestling with this stuff. Actually, this ties into what this show’s about, too. This might be, if you’ve got 10 deals you’re looking at right now, and this might be the most profitable one, I get it. When you get a letter back, the first thing you do is you go to Parcel Fact, pull it up, and you just fall out of your chair because it’s an unbelievable piece of real estate, but it’s unpurchasable like this, or potentially unpurchasable, just move on to the next one.

Jill DeWit:                           That ties into what I wrote about this topic, so really good stuff. Yeah, I apologize Jim, but yeah, I need a little bit more information, A. B, you might be able to solve it quickly with the county telling you, just someone helping you real quick. Even just calling an attorney helping you. They’ll sometimes tell you over the phone how to title stuff. I’ve done that for free. C, hire an attorney, I’ve done that to help with it. Then D, old fashioned, if there’s enough money in it, you know, you’re going to make $8,000 on it, go through title and they’ll do it for you.

Jack Butala:                       Hey, here’s the thing to directly answer your question Jim, you have to do it verbatim. You might just [inaudible 00:03:09] deed. The dead guy has to, to get to the person who’s going to deed it to you. Might be an heir, might be the state. It gets complicated when people are totally deceased. That’s why one of the reasons that … I mean, there’s some people in our group that specialize in this. That’s all they do, they seek these things out.

Jack Butala:                       If you have a question or you want to be on the show, reach out to either one of us on landinvestors.com. Today’s topic, I explain how to select a great deal. This is the meat of the show. Do you have anything scratched down like you always do?

Jill DeWit:                           You do not. I let you in the big house sometimes. All right, so selecting great deals. Still about the data. It’s numbers, not emotional. Then my third thing is, don’t be afraid to walk away, like you said. Like this one, Jim, you know what? Hey, that could be the greatest deal on the planet, but if it’s going to cost me $800 to do this, and then I find out this is wrong and that’s wrong, and it’s going to take me a week, oh I’ve walked away. I’m done. I could do five easy deals in that same time, and make more money. That’s where I’m going.

Jack Butala:                       Here’s how it works from start to finish. You choose a place, a county let’s say, that you think for whatever reason shows good signs of yielding a good return on the mailer campaign that you send out, on the offer campaign. You send out a ton of offers. You send out 1,500, 2,000, 5,000 offers. Then you wait. You wait for about a week, and they start coming back. They come back in three forms. Well, really one of four things is going to happen. People are going to open the letter and their jaw’s going to hit the ground and say, “Who has the gall to offer $5,000 for my $5 billion piece of property in Northern Arizona?” They throw it away and you never hear from them again.

Number two, someone says some version of this, “Oh my gosh wife, this is a godsend. We need $5,000. I would love to sell this $5,000 property that we’re never going to use. I’m signing this and I’m sending it back. Will you please give Jill a call?” That’s what you’re looking for. Then the versions in between are, they call and they try to negotiate or they call back and they’re extremely angry. Either way you’re not answering your phone because [inaudible 00:06:40] live, so doesn’t matter. The ones that you want to concentrate especially in the beginning on are the ones who sign it and send it back. They say, “Tell us what to do, we’re ready to close.”

The more mail you send out and the better you get at pricing, the more chance that there’s going to be a great deal. If you do everything right, you sent the mail out, and you’re getting one, two to five letters back. They’re transactions that you’re going to review and see whether or not you want to buy them. That’s what this show is about. How to select which one of those, when they sign them, how do you select them? Well number one, you’ve got to get a map. It all starts with that. Parcelfact.com, which we’re releasing next week, well by the time this airs it will be released. Allows you to quite simply put the state, the county, and then the assessor’s parcel number, the APN and up pops a map and a bunch of information, who owns it, the whole thing. It’s quite amazing, actually.

You do that on all the letters that you get back and you look at it, so that’s the first thing. You look at it and see, does it have any attribute? We already know it’s cheap enough. What size is it? Hey, can I sell it for more? That’s number one. Then, in our world, now it goes to Jill’s department to see if it’s closable. That’s what Jim was talking about up here. Is the person on the phone that I’m talking to, is their name …

Jack Butala:                       Where’s John? “Oh, well he died 18 years ago.” Now there’s potentially issues. Sometimes not, sometimes. It’s not so much the best deal financially, it’s the one that you can easily close, number one. This is the takeaway from the show. Best deal that you want to do is the one that’s the most easily closable and, and, and, and please retain this, consistent. Someone’s going to send you a golf course deal. Do you buy golf courses? No. That’s not the business we’re in. You never want to hear Sally’s story about the deal that her mother in law has and has to sell. Don’t even listen, just shut it down. You want to create an acquisition machine. I’ve passed on deals where people have gone and made millions of dollars, literally, because it didn’t fit our acquisition criteria and I didn’t want to spend all the time on it. I probably made $1 million in between.

Jack Butala:                       This country is packed full of real estate owners who have no mortgage who would be happy to sell their property to you for way less than $100,000 what it’s worth tomorrow. Just because they don’t have to clean the house out.

Jill DeWit:                           Exactly. Maybe there’s something else. Maybe this property’s holding up something else in their life that they either can’t qualify for, or maybe it’s a trust situation that we need to get all the assets liquidated because the family’s going to get some really bigger payout. Those things happen all the time.

Jack Butala:                       Some family situation. You’re solving a problem for somebody that … The reaction that you’re looking for when they open that offer is, “Hey honey, they’re going to send us $25,000 for this property. Want to take it? Then we don’t have to do the thing on it with this other thing over here. We’re never going to use this property anyway, so I’m going to sign this and send it back. What do you say?”

What your First Deal Should Look Like (Perfect) (CFFL 0029) 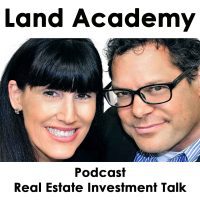