Steven Butala:                   Yesterday, too. I think that land itself is misunderstood and how much money you can make with land. And I think that it just centers around this word unwanted. It’s shocking, staggering how much unwanted property there is out there.

Steven Butala:                   There’s something like 80 million vacant properties in this country right now. And so that’s a lot of real estate at unwanted prices. Garage sale prices, a lot of it. At least half of it is that a garage sale price. Probably 10% of what it could potentially be worth, so we’ll talk about it here in a second. Before we get into it, let’s take a question posted by one of our members on the landinvestors.com online community. It’s free.

Jill DeWit:                            Marcus says, “Hey all, can you spreadsheet programs like Excel to be programmed to automatically scrub data? I think it would be great if I could enter in a bunch of words like school, township, cemetery, et cetera, and have the programs search the downloaded owner records and automatically delete every row that contain at least one of the keywords.”

Steven Butala:                   As you can imagine, there are a lot of responses to this on the Land Investors forum and Joe Martin, one of our advanced members, is gonna put a presentation on at our live event on exactly how he scrubs data. It’s literally the push of a button. I’ve created systems like this too, and it’s pretty amazing. The reason that we don’t teach it and don’t spread it around … I actually don’t even personally use one. I really want to still manually go through there and look at it. The reason is because I think you need to learn how to do it. I think if there’s an easy button to all this, that’s not good. I think you’re going to miss so much. Scrubbing data manually is how you learn.

Steven Butala:                   That’s the talent in this. There’s a lot of things that go on. A Lot of moving parts to this business, but it starts with choosing a good county or choosing a good zip code. Getting that data in a format that you can use it and create a mail merge, and then getting the stuff out of there that doesn’t make sense. Otherwise, you’re sending tons and tons of mail out. That’s inefficient, so this is a great intelligent question and yes, there’s an answer and yes, we’ll be talking about it in great detail in October.

Jill DeWit:                            Right. There are some things that break, like you were just saying. There’s some things that you can do to speed up the process for you that Joe is going to talk about at the event. But the other thing is you just got to get good at it too. If you’re trying to do a workaround, I don’t want you to do workarounds. you know what I’d rather you be doing right now? Spending time to not use a mouse in Excel. You think I’m kidding?

Steven Butala:                   I’ve been helping some people in our office do … There’s this incredibly brand new … a very new interest in all of our staff because they see how much money people are making in our membership group.

Steven Butala:                   I’ve been telling them it’s going to be tough for you to, on a longterm basis, do a mailer if you don’t put your mouse behind your computer and learn how to use the shortcut keys and function keys like old school.

Steven Butala:                   Exactly. Today’s topic, why is there so much unwanted land out there? This is the meat of the show. Driving on the way to Las Vegas if you’re on the West Coast or you’re driving up the coast of California and the East Coast driving through Texas … do you ever drive through Texas?

Steven Butala:                   And really just driving anywhere out of any major city in between. I used to drive between Detroit and Chicago all the time in my young professional career. So much real estate everywhere.

Jill DeWit:                            I did. I was thinking why is there so much unwanted land? I came up with, well number one, life happens. I think that there’s a lot of property out there that never gets used as it is intended. And then people are … they just hang onto it. Everything from thinking we’re going to build a cabin there someday or we’re going to retire there some day to, I bought this property because it was supposed to be next to where LAX was going to be built. Things like that. Things happen. I think that’s one reason. Another reason I think is … I know this is on your list, too … people pass on.

Steven Butala:                   If you send out, let’s say a thousand letters, a certain number of very predictable number of people don’t care about that land any longer. Here’s really why. I know you have one more left, but-

Steven Butala:                   Oh. Every single time we do a deal, we ask people why they’re selling it and they say usually one of two things. Number one, “I never wanted this land in the first place. My husband wanted it and he’s passed on now.” Or, “My dad wanted it. He used to collect land and he thought we were going to do some stuff with it and we just didn’t.” The people that you’re actually dealing with that you’re going to buy the property from don’t want anymore.

Steven Butala:                   They never wanted it in the first place. That’s my point. The second version is my life’s just changed. Like Jill said, stuff changed. “We were going to build a cabin on this property long time ago, and the kids got older and some stuff changed and I got a different job in a different part or whatever.” So it just, now they don’t want it. In a smaller sense, there’s property that … There’s a lot of people that take on projects that don’t finish them for whatever reason, like a renovating a car or whatever. There’s a lot of unrenovated houses I’m seeing lately that are just half done in for sale.

Steven Butala:                   There’s a lot of garage sales out there too, and it’s exactly the same thing. There’s just a lot of unwanted stuff. Stuff changes. You have six or seven brooms and you’re going to sell a few of them. Who knows why it happens? But it does, so hey, it’s great for us.

Jill DeWit:                            You know what’s funny? I’m curious … and you know this community better than I do. The only ones I think that in that group that get it are the commercial property ones. Now, they’re into it. They’re excited, probably because they have a list of buyers in their back pocket. They know that there’s going to be a Dairy Queen coming in or whatever it is, or that’s … they know it’s a gas station. Perfect property that’s really industrial, not commercial. But anyway, those kinds of brokers, they get it. They get excited, but they’re the only ones. I wonder how big is that community? Cause I’m not sure.

Steven Butala:                   There’s a lot of people in Arizona that I’ve met, not a lot. A handful of people who love to go buy a piece of property, take it through the entitlement process, and literally literally subdivided. Put Roads in, put utilities in, and shake their hands of it and, say, sell it to the vertical developers who build the houses. There’s huge, huge money in that, so they’re actually improving the property. Jill and I don’t have the patience for that.

Jill DeWit:                            Because I was holding on sharing the address with my buyer’s list until it was done and I owned it and I fully had the control of the property because I wasn’t going to share it with them yet. That’s how fast, so we sound like there’s something wrong with us.

Steven Butala:                   I’ve never had to explain this in so much detail as I do this exact topic. People understand data. People understand real estate. People understand real estate agents. They understand houses. Completely understand houses. I don’t know why this is. Maybe you can help me here. They can’t wrap their head around why someone would sell a piece of land for half of what it’s worth. I’ve been explaining it and explaining it for 25 years, and I still have yet to have somebody say … I think the people who understand this are Land Academy members, because I’ve never had to explain it in a live event or anything. They’re long past this. But to try to explain it’s for residents to a real estate agent, they just have a myriad of responses. Like, “Why would someone sell a perfectly good piece of property for half of you’re going to sell it for that day?” And, “Why are you taking advantage of them if you know it’s worth twice that much?”

Steven Butala:                   If you’re a Land Academy member already and you’re in it doing this, you’ve heard that sentence 150 times like us, but it’s so hard to describe that situation to people who are not in this business but are seemingly real estate professionals.

Jill DeWit:                            I know. Every single one of you listening right now has something in your garage that you’re ready to just give away. You’re like, “Yeah.” You don’t realize it, but it’s the same thing with this land. Look at all the houses. There’s probably houses on your street that are paid for vacant, and you have no idea why. No one’s worried about it kinda thing, and they just don’t care. They moved on.

Steven Butala:                   Yeah. Joe and I tested Car Academy. We’re releasing Car Academy later this year, probably early, maybe early next year. The results were staggering. It is staggering how few letters or texts you have to send to car owners.

Steven Butala:                   And to get a response. This is not about cars today, but this concept about why if this show were called why is there so much unwanted? Why are there so many unwanted cars out there? If that were the case, everyone would understand. “Oh yeah, my son went to college and it’s just sitting there.” It would immediately click. but for land, no.

Steven Butala:                   Hey, we know your time’s valuable. Thanks for spending some of it with us today. Join us next time for the episode called The Top Three Reasons New Real Estate Investors Fail. 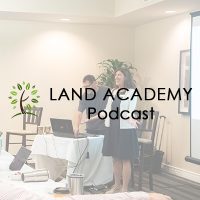 Why Playing at Your Level is Imperative (LA 863)

How to Survive an Inevitable Economic Downturn (CCFL 485)

Offer a Solution for Your Seller (LA 969)